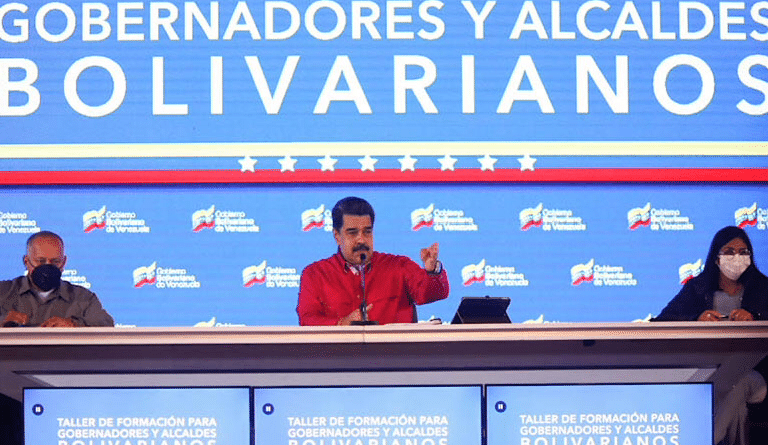 The President of Venezuela, Nicolás Maduro, said on Tuesday that the Plan 200 Carabobo aims to restore the balance of social, political, family, community and economic life in the country.

He explained that the objective is the construction of 200 socialist cities, to meet the priority needs of the people in the face of the cruel hybrid war to which they have been subjected, and to set “clear goals” to recover the social, political, community, family and economic life of the country.

In that sense, he urged the new National Assembly—once installed—to address “the issue of laws, rights and duties, the power of the people… and the structure for its formation, to recover the balance of life.”

In a working meeting with Bolivarian governors and mayors, within the framework of the presentation of the Plan 200 Carabobo, Maduro contested the  attacks on the National Electric System this year, numbering over two thousand. “It has been a heroic resistance, just like the water service and the gas production and distribution system,” Maduro said.

“We have to consolidate all public services throughout the national territory,” said Maduro, explaining that Plan 200 Carabobo must be a clear plan of priorities, policies, goals, and daily tasks that must be fulfilled so as not to waste time.

“Plan 200 is a new superior effort to establish a linked agenda of all leaders who have direct command tasks,” Maduro stressed.

“The agenda of each person (governor, mayor) must be established based on this,” said Maduro, “not getting used to governing with press conferences to create the belief in themselves and others that they are actually governing. You have to get used to governing with a clear strategic agenda, and not become accustomed to simply completing tasks, as Chavez said.”

Likewise, President Maduro commented that during the month of December, trade increased fivefold with the phenomenon of dollarization. In this sense, he clarified that it is not about the dollarization of the economy because the economy—he assured—must recover.

“It is a phenomenon of this historical era,” said the Head of State.

He also said that at present, 70 percent of the industrial field handed over to the governors has high levels of production for their regions and for the country.

Maduro, who said he expects a significant improvement in the inflation issue in 2021, announced the budget for governors and mayors for next year, amounting to over 71 billion bolivars, which will begin to be contributed in the first half of January .

“We have to control inflation and advance even further, and start the first year of economic growth. That is the aspiration for the year 2021. Improve income and advance in the battle against induced inflation.”

The Head of State announced that Víctor Estúpiñan, a member of Operation Boycott and a terrorist from Ríohacha (Colombia), was captured in the past few hours.

He also reported that the Bolivarian National Police is offering a $500,000 reward to anyone who provides information about the participants in Operation Boycott.

He denounced that Leopoldo López, from Spain, and under the protection of the Spanish right, is at the forefront of a new terrorist action against Venezuela.

“There are things that we have in our hands and that we are going to show in the next few days,” Maduro said, while asking the Foreign Minister (Jorge Arreaza) to inform the Spanish Foreign Ministry of all developments.