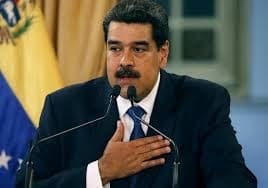 The Venezuelan president affirms that this Saturday in Venezuela “there was a new attack” that “knocked down everything that was achieved” after the first attack.

Commenting on the massive blackout in Venezuela, President Nicolás Maduro has declared this Saturday that “at noon we received a new attack and knocked down everything that has been achieved so far.”

The Venezuelan leader said that he had been informed on Thursday “of a process of general electrical faults,” after which “recovery maneuvers that are usually done” were carried out. “More than 150 substations in the country have been attacked,” he said.

“At 6 or 7 o’clock in the afternoon, the normal process of recovering national reconnection was on track, when suddenly we received an international cyber attack against the brain of our electric company, and automatically the entire reconnection process was knocked down”, the president continued.

“For the first time I am going to make this public, I will try to recount as much as possible, because we are in the process of thorough investigation and correction, because there are many infiltrators attacking the electric company from the inside,” he complained.

Maduro explained that after that event, “immediately the second process of reconnection was begun, manual mode this time.” According to him, it has still not been possible to “fully diagnose why the computerized brain and its different sources of power had gone absolutely black”.

A fire and electromagnetic attacks

At one o’clock in the morning of March 8, the president said, when part of Caracas was already recovered, a new attack took place. “We discovered that they were carrying out high-tech, high-tech scientific attacks, electromagnetic attacks against the transmission lines.”

He added that at the same time of the dawn “a fire broke out in a station of fundamental transmission in the south of the country”.

According to the Venezuelan leader, a lot of progress was made yesterday, and this morning “we had reconnected 70% of the country” when ” we received another attack of a cybernetic nature at midday.” The same occurred against “one of the sources of generation that was working perfectly, and that disturbed the reconnection process and knocked down everything that had been achieved up to the noon hour,” he said.

“The reconnection process that has already been restarted must be definitive and stable in the coming hours.” To guarantee peace in all communities, we will protect ourselves from attacks,” added the Venezuelan president.