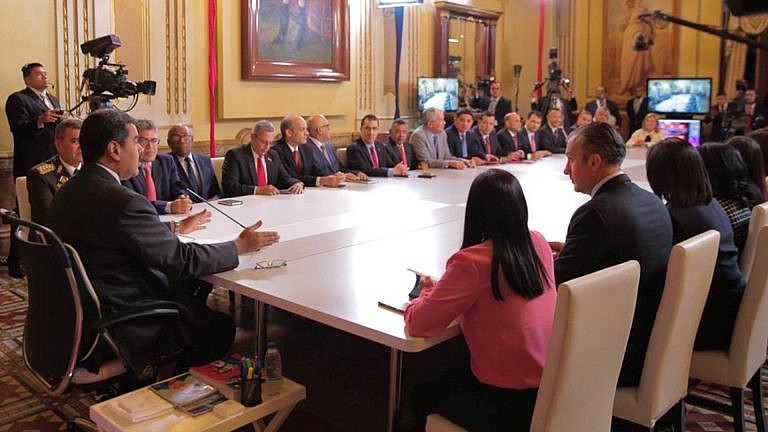 Venezuelan President Nicolás Maduro appointed seven new ministers (2 women and 5 men) to the portfolios of Urban Agriculture, Tourism and Foreign Trade, Ecological Mining Development, Women, University Education, Ecosocialism and Public Infrastructure on Monday night.
He pointed out, through several messages on the Twitter social network, that the designations are part “of the process of renewal, rectification and change”, so he decided to “designate a group of professionals with extensive experience and high social sensitivity, in important responsibilities for the integral development of the country”. Only 2 ministers come from the military field.

RELATED CONTENT: Chavismo, a Sentimental X-Ray (and XXI): Present and future
The new ministers and ministers are:

RELATED CONTENT: Evidence Nelson Bocaranda Was Paid UK Propagandist During Malvinas (Falklands) War
On the other hand, Mervin Maldonado Urdaneta will be the new Executive Secretary of the Somos Venezuela Movement and of the Missions, Great Missions and Micromissions System.
To conclude, the President said that, “on behalf of the Venezuelan people, I appreciate the loyalty and commitment of the patriots who were in charge of these offices, doing a great job in the service of the Fatherland. Soon new missions will come that I am sure will be fulfilled with the same commitment”.