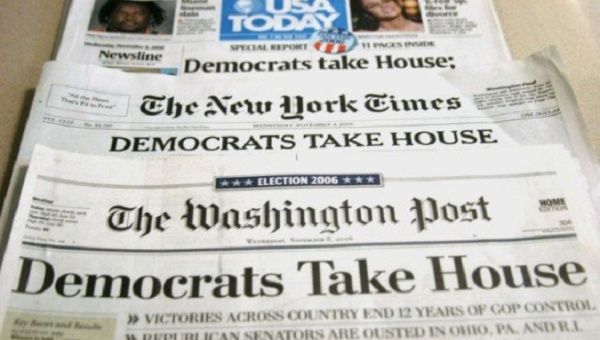 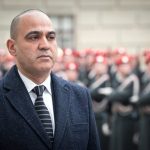 The power of the Main Stream Media (MSM) to shape the public opinion is alarming and it seems that they have assumed the role of defining the truth and the limits of reality. Such a powerful instrument should be at the service of society, however it only follows the interests of a few. In Latin America large media companies belong to family groups or business conglomerates, and in the case of the United States, only six multimillion-dollar corporations have the monopoly on information (1).

In recent years, Venezuela has been the victim of unprecedented attacks in the economic and political area, for which the media has been instrumental. The war against Venezuela led by the United States takes place for two main reasons. The first has to do with the control of natural resources. Venezuela has the largest oil reserves in the world (2) and the US faces great challenges, especially due to the reduction of its reserves. The second reason is geopolitical. The US maintains a principle of influence and domination over the Latin American region, embodied in the Monroe Doctrine. Venezuela has confronted this doctrine by promoting the Latin American integration in defiance to imperialism, and by enhancing sovereignty over natural resources. These reasons lead the US to intensify efforts towards regaining geopolitical domination.

The role of the media in the attack on Venezuela

The war waged against Venezuela seeks a regime change, for which MSM plays a key role. In his report on Venezuela, the Independent Expert of the United Nations, Alfred de Zayas stressed that a disquieting media campaign seeks to force observers into a preconceived view that there is a humanitarian crisis, a technical term that can be misused as a pretext for military intervention. He also stressed that twenty-first century sanctions are accompanied by the manipulation of public opinion through “fake news”, aggressive public relations and a pseudo-human rights rhetoric so as to give the impression that a human rights “end” justifies the criminal means.

The use of false news to undermine the Venezuelan government has been a normal practice since President Hugo Chávez took oath of office. In his book “Bad News from Venezuela” Alan McLeod shows with reliable data the media trends on Venezuela from 1998. His study includes leading western newspapers (3) using samples of relevant periods, in total he analysed more than 500 articles.

RELATED CONTENT: Sorting Out Reality from Fiction About Venezuela

The first study subject was the media coverage of Chávez Presidency in contrast to previous periods that were regarded as models of democracy. There is a clear trend to label the Chavista model as a setback for the public institutional system. Newspapers like The Times and The Independent constantly used adjectives for Chavez such as buffoon, full of idiotic bombast and suffering from a Christ complex. These media outlets make no reference to the achievements of the government, which according to data from the Economic Commission for Latin America and the Caribbean show that until 2012 poverty fell from 49.4% to 25.4% and extreme poverty from 17.9% to 7.1%; that unemployment fell from 15% to 8%; and that UNESCO declared the country illiteracy-free.

Another topic of analysis is the coup d’état against President Chávez in 2002. As explained before, media corporations in Venezuela belong to wealthy families. The vast majority of the media made public their support for the coup, in fact they were directly involved in its planning and execution. It is possible to assert that the 2002 coup was the first media coup in history. For example, “El Nacional” (Newspaper) called people to “take to the streets and not to back down”. The international press did not differ, The New York Times gave its emphatic support to the coup, defining that Mr. Chavez, a ruinous demagogue, stepped down after the military intervened ending in this way the threats to democracy. The Guardian, on the other hand, emphasized that Chávez has managed to alienate almost every sector of Venezuelan society.

The study also shows how the local and international press covered the bloody episodes led by the guarimbas in 2014. These groups had the only objective to topple President Maduro through violent demonstrations that left 43 dead people, more than 800 injured, as well as hospitals, universities, schools and other public infrastructure destroyed. Most of the media covered the stories marginally, describing them as protests and demonstrations by civil society that were repressed by the government.

The role of the international media for a regime change in Venezuela intensified in recent months. A survey conducted by the national media watch group FAIR, based in New York, concludes that “corporate news coverage of Venezuela can only be described as a full-scale marketing campaign for regime change”. The study conducted over a period of three months (15/01/19 – 15/04/19), shows that zero opinion pieces in the New York Times and Washington Post took an anti–regime change or pro-Venezuelan government position. This was also the case for the big three Sunday morning talkshows or PBS NewsHour.

Elements for the fabrication of news about Venezuela

What is the reason for the media to close ranks against Venezuela? The model presented by Herman and Chomsky in their book Manufacturing Consent is particularly relevant. This model demonstrates how the interests of the State and corporate elites control and manipulate the public opinion. Alan McLeod uses this model in light of the Venezuelan case. The elements to understand the media behavior in the case of Venezuela can be grouped into two: the nature of corporate media and limitations of journalism (see figure).

RELATED CONTENT: Study Linking US Sanctions to Venezuelan Deaths Buried by Reuters for Over a Month

Large media outlets are usually part of corporate conglomerates that follow the interests of the elite, the information to be presented must align with these interests. Corporate media generally promotes a neoliberal philosophy, defending the principles of the free market and opposing any initiative that threatens them. In this scenario, a government inclined towards principles of social justice and wealth redistribution can be considered as authoritarian and against the principle of freedom. These corporate interests, in most of the cases, are interdependent with the State. Governments can become part of the information manipulation system by passing legislation and creating favorable conditions for the corporate media. It is therefore common to see in the American media a clear tendency to disqualify progressive movements, an attitude that is in line with the US government rhetoric. On the other hand, the financing of these media depends on advertising. This comes mostly from companies, reinforcing in this way corporate interests. Finally, these interests are channeled through news produced with a high level of control and relying on official sources, credible experts and government officials. These sources provide “reliable” data according to the needs of the elite.

Regarding the limitations of journalism, a first element to consider in the case of Venezuela is the background of international journalists. There is a global trend for international correspondents to come from privileged backgrounds thus, it is not uncommon for them to share the values of the elite that controls the media. In many cases these journalists have close relationships with opposition leaders, who have been educated overseas. Another limitation is the journalists’ lack of experience, together with a limited knowledge of the Venezuelan context and the Spanish language. It is well known that foreign correspondents tend to stay in privileged areas of Caracas, losing the opportunity to expose themselves to the reality of the majority of Venezuelans. In addition, their lack of knowledge of the context and language push them to look for opinions and notes with people who can speak in English, which in Latin America is only possible for a minority. In general, the notes by international correspondents come from this type of journalism.

One way to overcome these limitations is by having a close relationship with the local corporate media. A significant portion of the content of notes in international media comes from Venezuelan journalists, therefore the local opposition views are recognizable in the international press. Journalists also face limitations in the writing process. An article needs to be cleared by editors, who usually have their offices in large capitals (New York, London and Sao Paulo) with little or no knowledge of the Venezuelan context. Editors decide what will be news and what information to report. Additional limitations are time and budget constraints. With the era of digital communication and the reduction of the audience of traditional media, there is a great pressure to present fast news, which goes in detriment of the news quality. A global tendency to reduce the budget for journalism, makes it more difficult to send correspondents to do serious journalism in Venezuela. One strategy to deal with these problems is to produce clickbait, which consists of publishing sensational content and in many cases fake news to attract the attention of readers. Many journalists complain that they are forced to make use of these techniques.

How to navigate in a sea of ​​fabricated news?

The manipulation and control of information about Venezuela can be discouraging, however there are ways to cope in this battle. Although the monopoly of the media has an effect that even reaches social networks, we must make an effort to contrast this information with alternative channels to understand what is behind the post-truth (4). The internet, gives us instant access to numerous sources and this has led to a greater democratization of information. This democratization has empowered us to raising our voices; now we have the option to denounce the falseness of the media to which we are exposed.

The current trend to exert a total control over global information, should lead us to reflect on the principles proposed by the Non-Aligned Movement and later recognized by the UNESCO, to achieve a New World Information and Communication Order. These principles look for a balance in information, avoiding the monopoly in the flow and content by powerful countries and actors. Unfortunately, the opposition of the United States and media corporations did not allow this initiative to flourish.

A new world of democratic communication that allows the free flow of information and opinion, will prevent the control of our ideas by the State, predicted by George Orwell in his book 1984. Only a restless effort from the counter-hegemonic movements will pave the way towards the democratization of information.

(2) According to OPEC Venezuela has the largest oil reserves in the world.

(4) Post-truth: Relating to or denoting circumstances in which objective facts are less influential in shaping public opinion than appeals to emotion and personal belief (Oxford Dictionary).