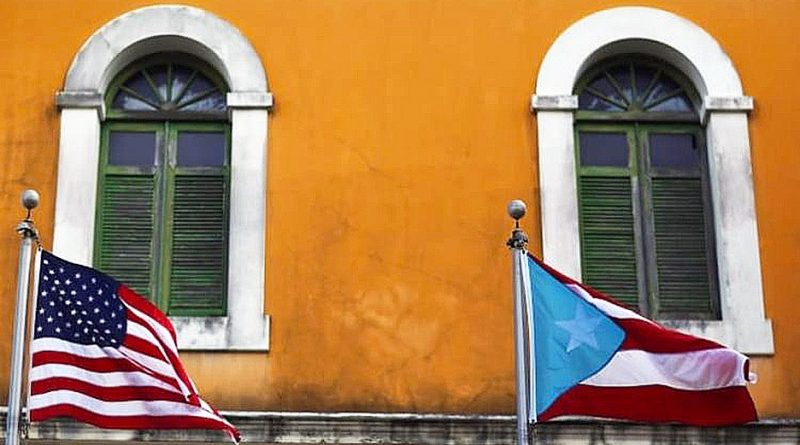 In the rush to replace disgraced and discredited Governor Ricardo Rossello a  struggle broke out questioning the appointment of Pedro Pierluisi as his replacement and on August 7 the Puerto Rico Supreme Court ruled Pierluisi was unconstitutionally appointed  and he was replaced by the Secretary of Justice, Wanda Vazquez making her the Puerto Rico’s third governor in five days.

But this is not the most important aspect of such events. With a governor or without him, the whole world knows the United States is who really rules in Puerto Rico, that power which is now shaking as a result of its own contradictions.

The big media is reporting that the cause of the protests was that some corruption cases were detected within the governmental agency, together with the leakage of homophobic and misogynistic messages shared by Rossello with some of his teammates. But the truth is that the history of the governments of Puerto Rico is full of much more serious crimes than these and none of them had caused such a reaction.

The demonstrations of the Puerto Rican people may be seen as the result of recent abuses and insults, such as the indifference of the federal government in the face of the devastation caused by hurricane Maria or the image of Donald Trump throwing paper towels to the victims, reminding them that they are effectively “a shithole country” as he has described the region.

Nevertheless, beyond the annoyance of the moment and even the weariness for problems accumulated due to the colonial status, they are symptoms of the main problem that is related to the decline of the United States hegemonic capabilities.

At its peak, let’s say by the end of World War II, the United States was able to please itself maintaining this colony at the expense of large federal investments. Its military importance advised so. Puerto Rico had a privileged geographic position for the control of the Panama Canal and other routes in the Caribbean, it has coasts with deep waters ideal to move submarines through the Atlantic Ocean, as well as territories to be used as shooting ranges and training camps for the U.S. armed forces. The importance of these qualities decreased due to several reasons, among them Puerto Rican opposition movements. The Pentagon started to lose interest in the island.

Another reason was the need at a certain point to expand some U.S. manufacturing industries which found a tax haven in Puerto Rico, less employment and environmental protection, as well as lower wages than in the rest of the continent.

It was a moment of certain economic growth though questioned due to its social and environmental results, among them an increasing migration which is today four times higher than the population living on the island and continues to grow. Such industrialization program failed due to the same globalizing reasons that explains the deterioration of the U.S. manufacturing sector, worsened by the rejection of the industry in that country, which refused to maintain competence at the expense of their own taxes.

Finally, before the Cuban Revolution, Puerto Rico was expected to be presented to the world as the United States’ showcase in Latin America. Large investments were made in this connection, trying to prove that it was a “deal” to be a colony of the United States. Following the Puerto Rican model was in fact the advice given by Richard Nixon to Fidel Castro when they met in 1959. It is now presented as a “failed deal” and here is the real political importance of what just happened in Puerto Rico for the rest of Latin America and the Caribbean.

The conclusion is that the United States is not in good enough shape to maintain a colony that contributes with little and costs a lot. Much less incorporate  it as a new state of the Union, as expected by the annexationists, who are now competing among themselves for the power that has just been blown into pieces.

People’s strength showed by Puerto Ricans was an adrenaline rush for people who have the hard task of facing the reality of never being able to decide their own path. Perhaps that is not enough to transform the reality of a country but it has been a show of dignity in a moment especially needed by Latin Americans inside and outside the United States.

Most of the Puerto Rican citizens who went to protest in the streets would probably not vote for independence if there was another referendum. It seems to be a contradiction, due to the outpouring of patriotism in all the pictures,  that an entire lifetime  of colonialism has not been able to be eliminated. The explanation must be found in the ideology. Among other issues, the United States has spread the idea that independence is not economically viable for Puerto Rico. The greatest conflict is that in practice, dependence has proved to be even less viable.

The dilemma for the United States is that even in the hypothetical case that it gets rid of Puerto Rico, it will never get rid of Puerto Ricans, who were baptized one day as U.S. nationalism order to use them as cannon fodder for their wars.