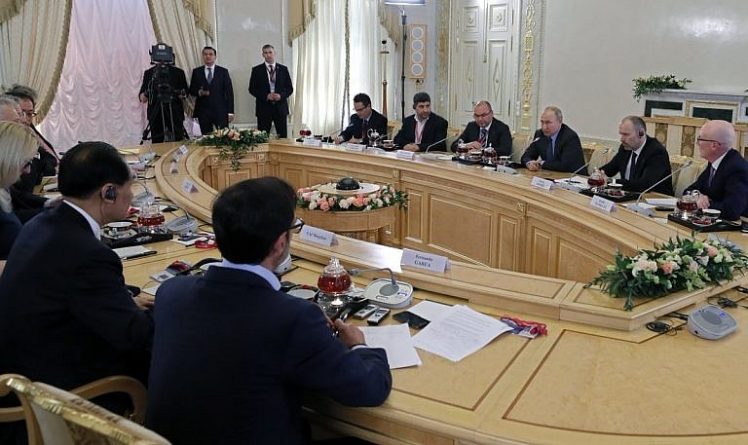 “We in general are against the interference in the internal political affairs of other countries, we consider that this has very serious consequences, not to say tragic consequences, (…) it is known that the road to hell is paved with good intentions”, said the president of the Russian Federation, Vladimir Putin, during a meeting with heads of the media in the framework of the St. Petersburg International Economic Forum.

“According to the information I have, even the allies of the United States do not support military intervention in Venezuela,” he said.

Putin recalled the examples of Libya and Iraq, countries that “perfectly confirm” said saying, and called to “arm yourself with patience” and work with “whoever, with the opposition, with the current authorities”, so as not to interfere in internal affairs, reviewed a Sputnik’s note.

The head of state warned that Washington’s allies are also not in favor of a military operation against Caracas.

Referring to the sanctions against Venezuela, the president stressed that, above all, they harm their citizens and the national economy . “The crisis in Venezuela must be resolved by the Venezuelan people themselves, and it is the people who must decide whether (Nicolás) Maduro should remain in power or not, through dialogue, consultations and interaction between different political forces,” the head of state said.

For Putin, that way of solving the crisis “is precisely what Maduro proposes.”

The Russian president criticized the US position, which considers Venezuela and all of Latin America to be its “backyard.” “Why does one of the leading countries allow this [military intervention in Venezuela], considering the entire American continent its backyard?” he said.

From the United States, they have repeatedly threatened Venezuela with military intervention.

Carlos Vecchio, representative in Washington of the opposition Juan Guaidó, who proclaimed himself president in charge of Venezuela, asked the Armed Forces of the United States for support to supposedly “restore democracy.”

On January 23, the US Government declared that it did not recognize Venezuelan President Nicolás Maduro term, and instead recognized Juan Guaidó.