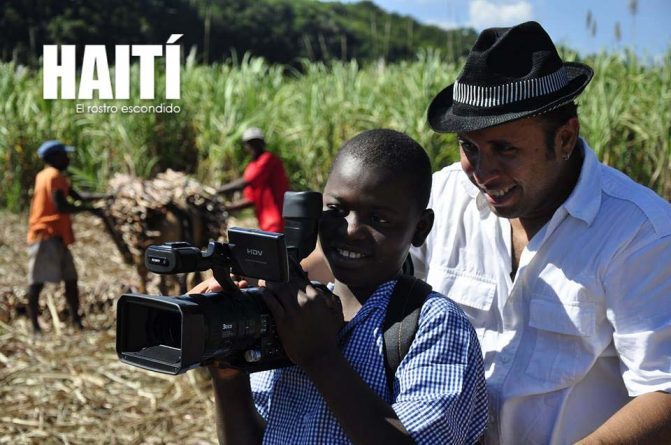 In the context of the thirteenth anniversary of the Villa del Cine Foundation, a documentary by Wilmer Pérez Figuera, “Haiti, the hidden face” , was screen in a preview, “a sample of excellence with a modest budget”, affirmed the Minister of People’s Power for Culture , Ernesto Villegas, on his Twitter @VillegasPoljak  account .

The film, made in partnership with the distributor Amazonia Films, was screened in room 1 of the Rómulo Gallegos Latin American Studies Center (Celarg), located on Avenida Luis Roche in Altamira (Caracas).

Wilmer Pérez Figuera expressed that the documentary portrays a different country from the one exposed by the media, with this work the viewer can see a worker’s Haiti, happy, full of music, culture, art and life. “There is a Haiti that is not known, that’s why I focused on the importance of showing that reality, showing that other face, that country that maintains a dignified struggle that most people do not know about,” the director said, referring to a note from the Villa del  Cine Foundation in its web portal.

Pérez Figuera invited the Venezuelan public to watch this documentary, which delves into a trip through the Caribbean nation where they will observe the country from a more human perspective.

This work, which was shot for eight weeks in several locations such as Jerémie and Anse e’Hainault, was screened also at the Celarg, and will be distributed by Amazonia Films to several alternative venues and research centers.