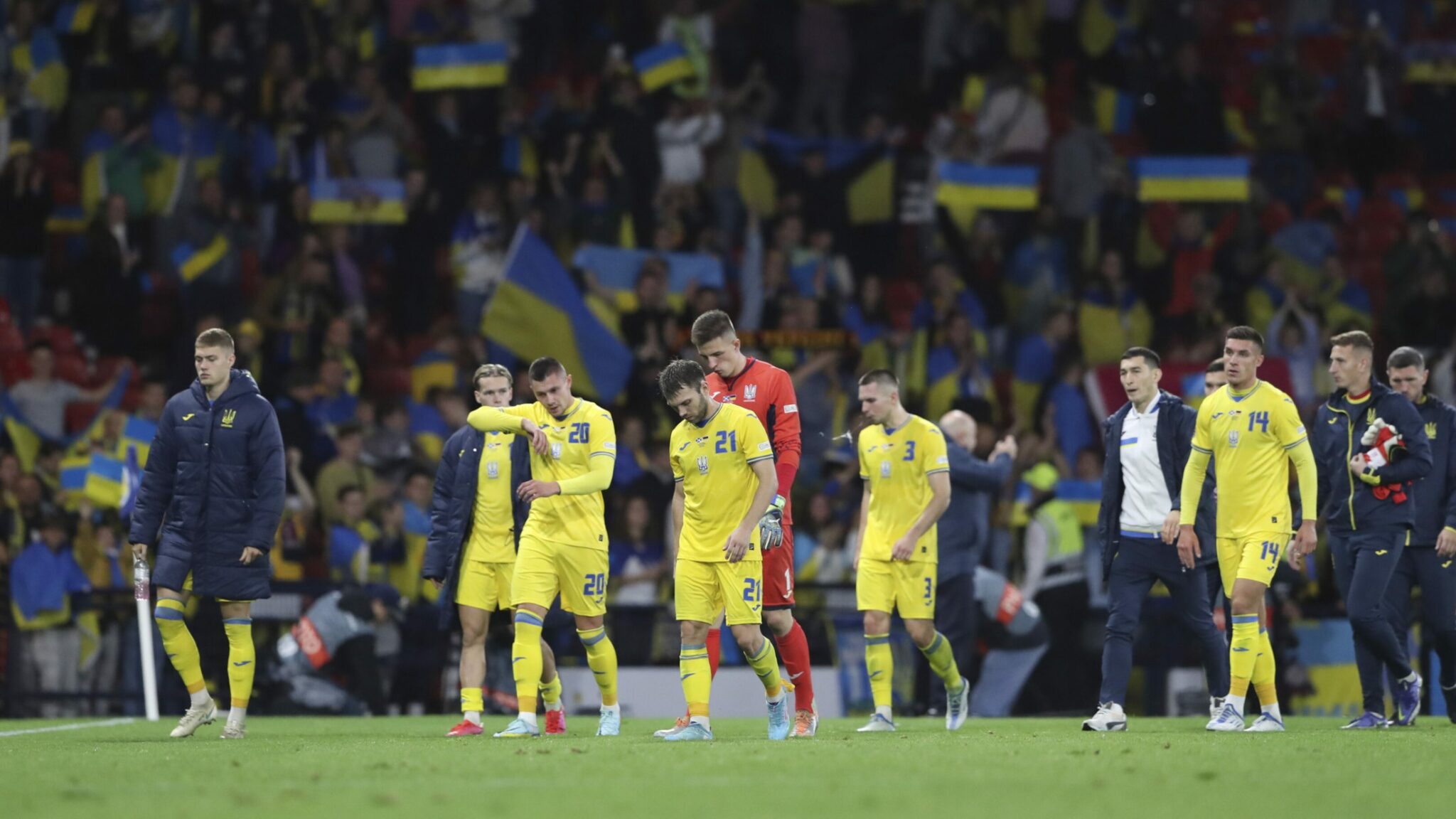 The Ukrainian team leaves the field after losing to Scotland in a Nations League match on Wednesday, September 21, 2022 (Photo: AP)

Until now, FIFA rules stated that to participate in a World Cup, a team must qualify, either in an elimination round or in the playoffs. However, now that the victimization of Ukraine has reached fever pitch, the question of their participation is being considered despite the fact that they were eliminated in the playoffs when they lost to Wales.

Pressure on FIFA mounts as Shakhtar Donetsk football club has joined calls made by the Iranian rights group Open Stadiums to ban the Iranian team from playing and replace them with Ukraine.

Violence in Iran: Is It Internal or External in Its Inception?

According to the club’s statement, such a move would be “historically and sportingly justified.” The president of the Ukrainian team argued that “while Iranian leaders will have fun watching their national team play in the World Cup, Ukrainians will be killed by Iranian drones and missiles.”

Should an unsportsmanlike farce like this materialize, it would not be surprising, especially given that FIFA has already acted in line with NATO interests when it decided to remove Russia from international competitions, including its right to participate in Zone A of the European qualifying round.