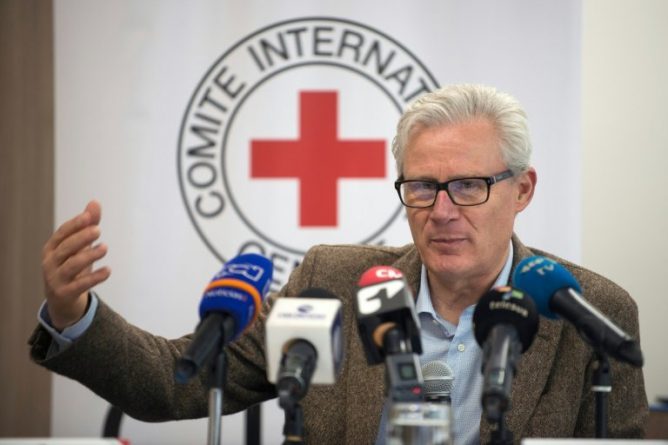 Colombia faces several pockets of conflict that aggravated the humanitarian situation, especially on the border with Ecuador and Venezuela, following the disarming of the FARC guerrillas in 2017, the International Committee of the Red Cross (ICRC) reported Thursday.

“The reality is that in Colombia you can not talk about post-conflict” after the peace agreement signed at the end of 2016 with the Marxist guerrillas, said Christoph Harnisch, head of the agency in Colombia, in a critical report on what happened in 2018 on this front.

Currently – Harnisch emphasized – “there is not one, but at least five conflicts” that involve the State forces and ELN guerrillas, as well as dissidents of the FARC and remnants of insurgent and right-wing paramilitary groups.

“The situation is now more complex than at the time of signing the peace agreement (…), several departments of the country have experienced a clear deterioration of the humanitarian situation,” warned the ICRC’s head in Colombia.

Similarly, the victims of anti-personnel mines and explosive devices went from 57 in 2017 to 221 in the following year.

“We thought that after 2017 this would disappear (…) and the opposite happened. (We recorded) a more intense use of ” explosive” devices, said Harnisch.

Also in 2018 a case of disappearance was registered every four days.

According to the ICRC, the disarming of the FARC and its transformation into a party left a vacuum of power in separate territories that the State did not occupy, but instead gave rise to disputes between the groups that remain in conflict.

“In conclusion it can be said that unfortunately for many people, life in these areas is more difficult today and they have a feeling of abandonment,” said Harnisch.

The ICRC also emphasized the massive arrival of migrants from Venezuela who “join the vulnerable population in the face of conflict . ”

Although the demobilization of the Revolutionary Armed Forces of Colombia (FARC) alleviated the problem of violence in Colombia, several forces continue to stoke the confrontation under the cover of drug trafficking and illegal mining.