On Thursday, September 3, a meeting was held between Attorney General Tarek William Saab, family members and lawyers of Aryenis Torrealba and Alfredo Chirinos.

At that meeting we expected to hear the evidence that the Prosecutor would show us , because it was what was publicly stated by President Nicolás Maduro, and to assume a defense based on what is explained in the file. At the meeting, it was agreed to maintain confidentiality at the request of the Attorney General himself, by virtue of not hindering the process.

It should be noted that at that meeting the Prosecutor did NOT show any evidence to those attending the meeting and did not allow the file to be debated. The Prosecutor, at that meeting, asked family members that the Committee for the Freedom of Aryenis and Alfredo to lower the “noise” in the media around this case, and on Friday, September 4, he broke his word and issued a press conference where he charges the kids again without a previous trial, for which we are forced to respond to each of his arguments:

1.- The Prosecutor condemns Alfredo Chirinos with what he considers conclusive evidence: “In an inspection carried out at Alfredo Chirinos’s office, a testimonial statement was obtained from him, addressed to 3 members of a company located in Washington, which contains classified information of operations and supply of asphalt in Venezuela.”

RELATED CONTENT: President Maduro on the Case of Aryenis Torrealba and Alfredo Chirinos: They Worked in PDVSA and Leaked Strategic Information to the Enemy

The record indicates that a “testimonial statement from Alfredo Chirinos” allegedly to a company in Washington called GTS LLP, in which he provides information. But it is only mentioned and the document itself never appears (Alfredo’s alleged testimonial statement does not appear).

We found that what Prosecutor 22 cites as a gringo company, called GTS LLP, is a law firm based in Washington and based in Florida. (He could have googled it), which PDVSA hires to defend its assets in the United States. This firm has defended the Venezuelan State in at least 23 occasions.

When the defense attorney talks with Alfredo, he states that the only testimonial statement he has given was made on the instructions of his superiors for lawyers in defense of some assets of the national industry in the United States (The three people mentioned in the file: Doctor Ignacio Torterola , Doctor Diego Gosis , Mrs. Quinn Smith , to whom Alfredo provides information, are not representatives of any American company, they are PDVSA’s lawyers, and GTS LLP is the law firm where they work. More information about the GST LLP law firm and its relationship with Venezuela here: https://telegra.ph/Sobre-el-bufete-GST-LLP-y-Venezuela-09-05 )

2.- Prosecutor Tareck William accuses: They made “a forged document for the dispatch of MESA 30 crude and Liquefied Petroleum Gas (LPG) to the West Atlantic company, Cargo Suramericana SA, which had no commercial relationship with PDVSA”.

In the file there is no evidence where Aryenis Torrealba has forged a document. What does appear is her statement at the Presentation Hearing where she herself indicates that in November 2018 she made a complaint to PDVSA’s security division and her immediate boss for the forging of this document signed by an official subordinate to her, who is the one who signs it. In this document, Mesa 30 crude is sold to the West Atlantic company, Cargo Suramericana SA.

It is important to highlight that the management of Aryenis Torrealba (Crude Management) does not carry out these documents called Recap (Recapitulation of conditions), it is the responsibility of the International Trade management to do them.

We repeat, although Aryenis formally denounced this irregularity in which one of her subordinates appears linked, the prosecution decides to omit that fact and present it as linked to the fact she denounced.

3.- The Prosecutor continues to condemn: “A Memorandum was collected, dated February 16, 2019 and an account note dated March 1, 2019 in which a record of the requests made directly by Chirinos to the Vice Presidency of Commerce and Supplies for the payment of operational services for the discharge of Liquefied Petroleum Gas, in euros and dollars under the payment method for compensation without the approval of the Commerce and Supplies Committee, directly affecting PDVSA’s assets. An omission of administrative procedures that caused serious damage to the industry.”

The aforementioned memos were prepared by Alfredo, as corresponds to his functions in the Special Operations Management, and were approved, signed and sealed by the Vice President of Commerce and Supplies at that time, and are documents that in his content, technical advice and operational information are displayed from its management to the Vice Presidency of Commerce and Supplies.

Alfredo Chirinos did what was corresponding to his duties, and stated in his own handwriting in the recommendations of each memo, that this request should be taken to the Committee and governed by the established legal parameters. [The one] who was responsible for bringing this information to the Committee, is the Vice President of Commerce and Supplies.

4.- The Prosecutor continued to accuse: “In the search of the residence of those involved, an external hard drive, 3 computers, 2 cell phones and documents containing confidential information related to hydrocarbons of different types that are sold in Venezuela were collected.”

“This includes strategic customers, sales prices, destination countries and ship routes, which had already been leaked on social networks. Such information should not be in the hands of both managers because they belonged to other Managements.”

RELATED CONTENT: Alfredo and Aryenis Only Ask to be Allowed to Defend Themselves

On this it is necessary to clarify, the positions held within the corporation by both Ing. Aryenis Torrealba (Manager of Crude and Residual Operations of Trade and Supplies) and by Ing. Alfredo Chirinos (Manager of Operations of Trade and Supply Specialties ) have as scope the coordination, planning and operation of export activities, via ships of hydrocarbon products, both to international clients and to the National Refining System.

Therefore, they must manage this information and, among their functions, they carry out guards on weekends and nights, so laptops with internet are used from their homes so that they can carry out an operation immediately.

Regarding the issue, the boss of both, when she testified, was asked: “Is it allowed for the staff to take information related to PDVSA to their homes?” she responds: “Yes, they can take the computer with information so that when they ask for a procedure they can do it immediately.”

Regarding the information of clients, routes, ships and prices, we have repeatedly pointed out that this information is managed by different managements, such as International Trade, Vice Presidencies, Subsidiaries, it is used by more than 50 thousand workers in their daily work and It is also public and can be found on web pages, some of them by subscription, we will only mention a few:

It is also important to highlight about this press conference, that the only thing that the Attorney General Tarek William Saab, pointed out as “alleged” was torture, everything else, he assumes it a fact, incurring a violation of the Venezuelan legal framework, while:

a) he continues to violate due process and presumption of innocence, since Aryenis Torrealba and Alfredo Chirinos are still subjected to public derision and;

b) the State media apparatus is used to do so, seeking to silence the revolutionary Chavista base that accompanies this just cause and that is sure of the innocence of Alfredo and Aryenis. 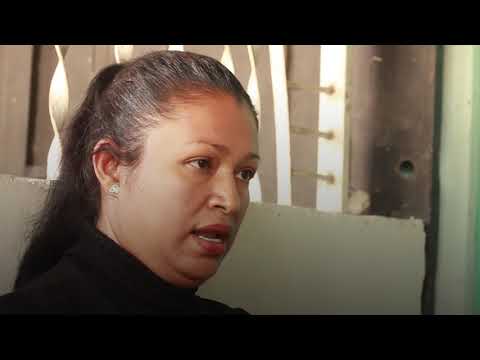 Finally:
We demand that Aryenis Torrealba and Alfredo Chirinos be tried in freedom, as established by our CRBV after the defendants have had their procedural rights violated.

As the Committee for the Freedom of Aryenis and Alfredo, we ratify that we will continue in the fight, convinced that we will prove the innocence of both young people. We have the file in our hands and there is no evidence that incriminates them in any crime, it is a totally rigged, flawed document.

We urge all the militants who support us to remain vigilant and disseminate our information and to continue the battle for truth and justice to prevail.