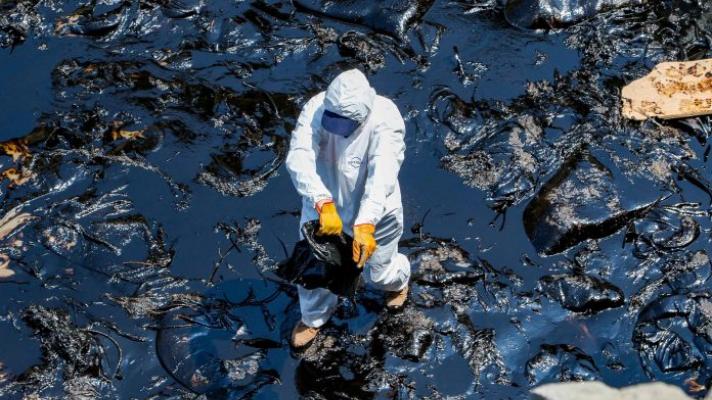 The multinational oil company Repsol, based in Madrid, has failed to answer for the damage it caused on the coast of Peru after a spill of approximately 6,000 barrels of crude oil has significantly harmed the ecosystem of the area.

The spill occurred on January 15 and, according to the company, was caused by the violence of waves resulting from an underwater volcanic eruption in Tonga. The day after the catastrophe, the company said that the incident was quickly overcome. However, the damage was too obvious, and a few days later photos and videos showing the ecological disaster went viral.

The oil leak contaminated 21 beaches in Lima and Callao, as well as two protected areas. Media outlets have confirmed that the environmental disaster paralyzed the activities of more than 3,000 workers in the fishing and tourism industries.

The captain of an Italian ship, which was unloading oil at a refinery operated by Repsol, launched a protest against the Spanish company for making nine mistakes after the spill in mid-January.

For its part, the Peruvian government is evaluating the imposition of a fine of 18 million soles, equivalent to $4.6 million USD, for non-compliance with a series of demands imposed to clean up the oil spill. The Agency for Environmental Assessment and Enforcement (OEFA) declared this Wednesday, January 26, that one of those first tasks consisted of the identification of the affected areas, the containment, and recovery of the spilled oil.

A second spill then occurred, exacerbating the situation.

It is not the first time that a transnational oil company commits environmental crimes. Companies that exploit natural resources in other countries and increase their capital must assume their responsibilities when they damage the ecosystems. Repsol also has a history of social irresponsibility, fraud, tax evasion, and misappropriation of subsidies.