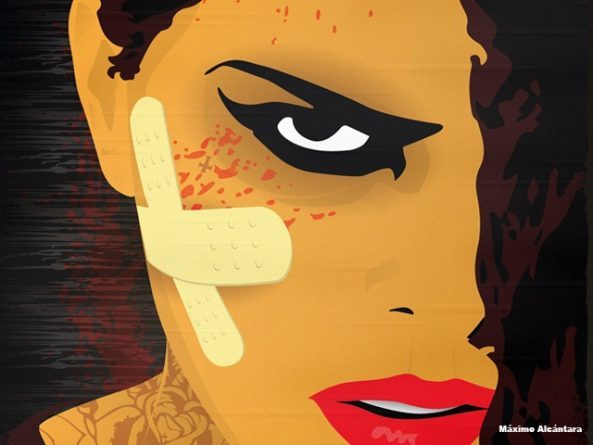 The Globovisión news anchor who applauds a gringo intervention because it would bring “catiritos” [blondies], fruit of the “cortege” of the invader, could not find the happy end of her fairy tale. The history of Yankee intrusions in dozens of countries conspires against her dream and aborts that idyllic motherhood after the massive bombings and rapes.

I do not intend to give a moral or history class to the young “anchor”. My time as a teacher and director of the School of Communication at the UCV has passed, productively and happily.

As a Venezuelan, I try to make it clear to the chiefs of their “heroes” and mercenaries that the women of my country, as well as wombs, have brains, despite some proud exceptions.

Aware of the power of the media and its danger in trivial hands, I invite the young women to go a little beyond the networks and look at the history of the wars of invasion. In the modern ones, more than 80% of the victims are civilians and of these, the majority are women.

The gases sterilize and the bombings leave no time to give birth, nor “little black angels”, as the poet wanted them, nor “catiritos”, as the Globovisión girl wishes them.

The sex slaves of the Second World War in Korea or Germany, reappeared in Serbia after the “humanitarian” bombing of NATO. After almost half a century of the Vietnam War, some 4 million disabled people die slowly. Effect of napalm and “agent orange”, children with malignant tumors, autoimmune diseases and other pathologies continue to be born. Mental injuries are another statistic.

Also the young people of my country exposed to these irresponsible channels should know that sexual violence is today used as a weapon of war and terror. It is not only carnal violations, but rifle cannons and other objects. The parents of the future “catiritos” are pastors of drugs and post-traumatic stress. In these “fairy tales”, no marine will bring his shoe to the offered Cinderella.

There, in the century of lights, Talleyrand said that bayonets are good for everything, except for sitting. Today, when the “military option” of Trump hangs over the homeland, we warn the deluded that the rifles will not get you pregnant.

Here you can watch the video in Spanish: