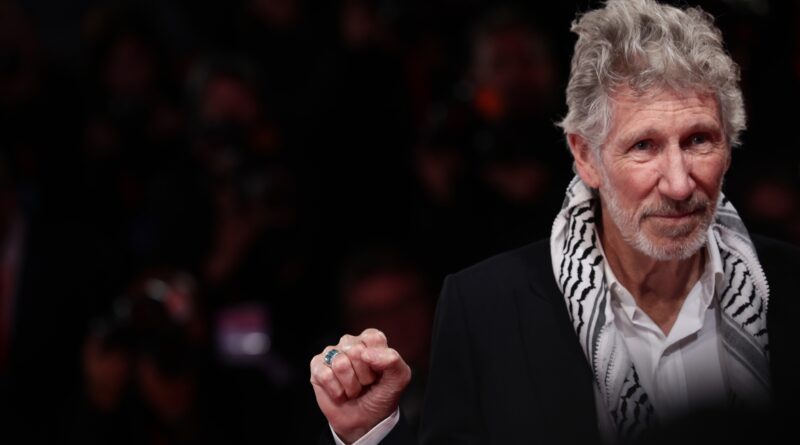 August 29, 2020.-  The iconic British musician and co-founder of Pink Floyd discusses human rights and the current state of the world.

Pink Floyd are rock music legends, and so is their co-founder, bass player, singer and songwriter Roger Waters.

After selling hundreds of millions of records, Waters left the group in 1985 because of growing disenchantment with the music industry and his band. Thirty-five years on, he is still selling out concerts around the world.

Off-stage, he is a loud voice on human rights issues. He has a particular interest in the Israeli-Palestinian conflict and has publicly condemned other artists like Madonna for performing in Israel. He is also involved with other causes including malaria eradication, poverty alleviation and the fight against climate change.

This week on Talk to Al Jazeera, Roger Waters discusses global politics and the current state of the world.

Water claimed that he has never spoken an antisemitic word in his entire life, putting the blame of his bad image on Israel’s government for investing millions of dollars into demonizing whoever is trying to defend Palestinians.

RELATED CONTENT: Let’s Not Fall Into the Empire’s Trap

When asked why he only focused on the Israeli presence in the West Bank, when he has not spoken out about the Russian occupation of the Crimea, Waters replied that “You cannot talk about the 70-year-old Israeli occupation of Palestine and the relatively recent annexation or change of power in the Crimea in the same breath,” arguing that the two circumstances are different, because, according to him, 98% of Crimean residents preferred the Russian government over the Western-backed Ukrainian government before annexation.

“They are entirely different things … it’s not as if the Palestinians in 1948 suddenly said, ‘Can you send down a load of Jewish people from northeastern Europe please to throw us out of our homes and 700,000 of us and tell us that we have to get off the land because they are going to make a Jewish state here, and they don’t want us?’ ”