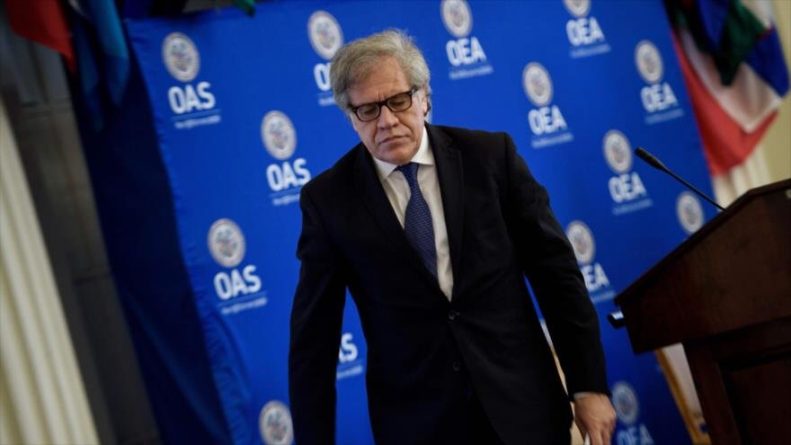 Russia condemns statements by the OAS head about the Russian presence in Venezuela and accuses Almagro of spreading “false” information for political purposes.

Through a communiqué, the Russian Foreign Ministry has rejected on Friday the declarations of the Secretary General of the Organization of American States (OAS), Luis Almagro, about the possibility that there are nuclear weapons on board the two Russian strategic bombers that landed last Monday in Venezuela for an exercise of operational flights carried out jointly by the Air Forces of Caracas and Moscow.

“It is very regrettable that the OAS leadership uses its statute to disseminate false and fake information about Russia’s policy in the Latin American region,” the Russian Foreign Ministry said in the note.

The ministry claims that the flight of the Tupolev Tu-160 to Venezuela does not violate the Treaty of Tlatelolco for the denuclearization of the region and that Moscow abides “in a very strict manner” the prohibition established in that pact of “using nuclear weapons or threaten the contracting parties with their employment”. On Wednesday, Almagro warned in a statement of a possible transgression by Venezuela of the pact against nuclear weapons, for housing Caracas Russian military aircraft.

“It is unacceptable for a regional structure as respectable as the OAS to make political statements that objectively seek to create a climate of distrust between Russia and the nations of Latin America and the Caribbean,” stresses the note from the Russian Diplomacy.

In addition, the text denounces that Almagro hurts with his words, consciously or not, the constructive cooperation that Russia, as a permanent observer, has been fostering with the OAS over the last decades in various areas. Russia is one of the 71 countries that have observer status in the OAS.

In addition to the head of the OAS, military cooperation and the deployment of Russian aircraft has unleashed the wrath of the US, whose secretary of state, Mike Pompeo, attacked on Tuesday against sending bombers to the Bolivarian Republic, describing the maneuvers as “two corrupt governments wasting public funds”.

In response to Pompeo’s statements, Venezuelan Foreign Minister Jorge Arreaza defended his country’s sovereign right to cooperate with other countries on defense and security issues, especially after US President Donald Trump “Publicly threatened with a military intervention” in Venezuela.