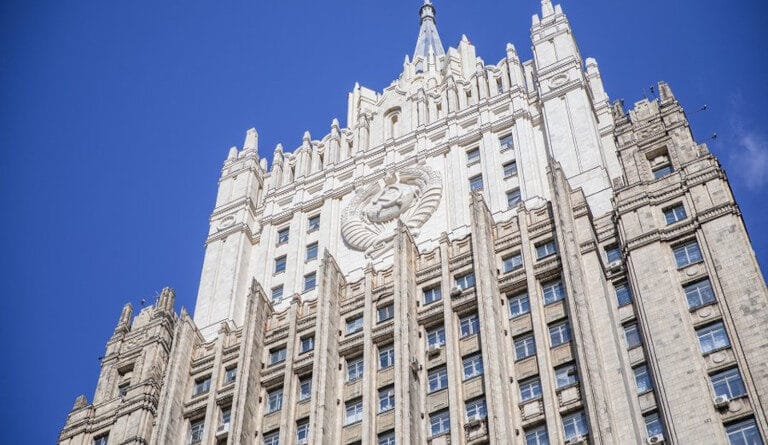 The Deputy Director of the Information and Press Department of the Russian Foreign Affairs Ministry, NT Lakhonin, drew attention to the illegal actions of Washington to extradite the special envoy of the Venezuelan Government Alex Saab to the United States.

In a comment published on the official website of the Russian Ministry of Foreign Affairs, Lakhonin draws attention to the illegal detention of Venezuelan special envoy Alex Saab, in June 2020, who—despite having a diplomatic passport—was detained for an extradition request to the United States during a technical landing of his plane in Cape Verde.

Lakhonin argues that, while capturing people in third countries “under fabricated accusations by US law enforcement agencies” has become a US “business card,” the Alex Saab case creates a “disastrous” precedent for the extradition of an authorized person with diplomatic status.

For this reason, Russia “strongly condemns these actions, the politicized background of which is beyond doubt” and warns that the US authorities’ claim to order the extradition of a diplomat to a third country may have a negative impact on international relations because it may create “a ‘boomerang effect’ for any country.”

Below we transcribe the full text:

We would like to draw attention to the egregious situation around Venezuelan Special Envoy A. Saab, who in June 2020, despite his diplomatic passport, was detained at the request for extradition to the United States during the technical landing of his plane in Cape Verde.

The practice of seizing citizens of other countries, including the Russian Federation, in third countries on fabricated charges by US law enforcement agencies, has become the infamous “business card” of the United States. Now Washington seems to have decided to “go to a new level,” setting a harmful precedent for the extradition of an authorized person with diplomatic status.

We strongly condemn these actions, the politicized background of which is beyond doubt. We consider unacceptable attempts to apply US law extraterritorially, including to settle political accounts with “undesirable” governments through repression against their official representatives. At the same time, the humanitarian nature of A. Saab’s activities, who was fulfilling his mission to receive assistance in the fight against coronavirus infection, is ignored. This once again highlights the double standards of Washington, which tirelessly criticizes the Government of N. Maduro for “the suffering of the Venezuelan people.”

We are convinced that the desire of the US authorities to extradite a third-country diplomat may have a negative impact on international relations and may have a “boomerang effect” for any country, including the United States itself, as well as other states involved in dangerous games with international law.