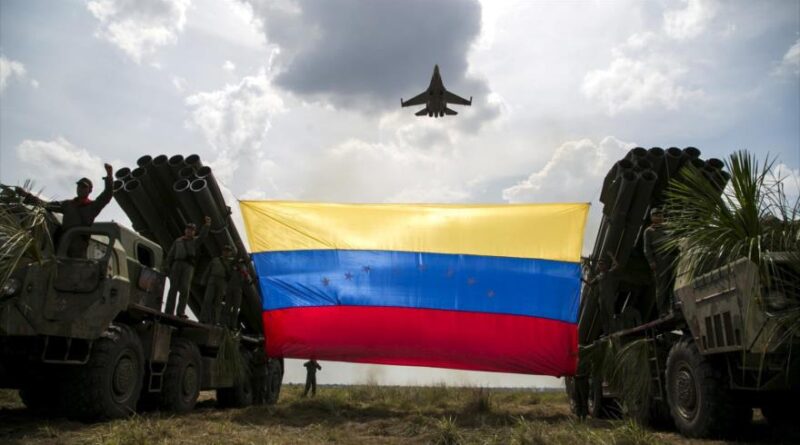 A report has revealed that Russia could carry out active negotiations regarding the deployment of missiles in Cuba and Venezuela, challenging the US.

As the North Atlantic Treaty Organization (NATO) has refused to stop its eastward expansion towards Russia, the latter, as a challenge, may negotiate with the governments of Cuba and Venezuela to deploy missiles in the two countries, reported Russian military website Avia-pro on Monday, January 10.

Moscow had already announced on several occasions that it would be ready to provide a very tough response to the United States and NATO if, during negotiations, the US and NATO representatives refused to comply with Russia’s security requirements.

The report by Avia-pro stated that “the deployment of Russian missiles near the US borders would likely force Washington to seriously address the issue.”

RELATED CONTENT: ‘Nationalists are on the Rise’: How Protests in Kazakhstan Turned Violent & why Russia Feels it can’t Stay Silent

According to Avia-pro, in the past two days, several special visits were made by a plane of the Russian Federal Security Service (FSB) to Venezuela and Cuba. This information has not been confirmed by any of the countries in question.

Moreover, according to open source data, a Russian Tu-154M aircraft was identified, on Sunday and Monday, flying over Venezuelan and Cuban airspace. This aircraft may have belonged to the FSB.

The identity of the crew on board and the purpose of the visits remain unknown. However, the report claims that experts believe that “Russia could be negotiating the creation of Russian military bases and facilities in Venezuela and Cuba.”

RELATED CONTENT: Meta Censors Anti-Imperialist Speech in Obedience to the US Government

Today, the NATO-Russia Council is expected to meet in Brussels, and another meeting, presided by the European Organization for Security and Cooperation, will take place in Vienna the following day. These talks are expected to address Moscow’s security demands which had been requested in writing to NATO and the US.

The Russian and US delegations met in Geneva on Monday, January 10, ahead of Wednesday’s summit in an atmosphere of pessimism. After meeting with the US Under Secretary of State Wendy Sherman to discuss European security and, especially, the Ukrainian crisis, Russian Deputy Foreign Minister Sergei Riabkov said that the negotiations ended “without progress on the issue of NATO’s non-expansion and non-deployment of missiles near Russia.”