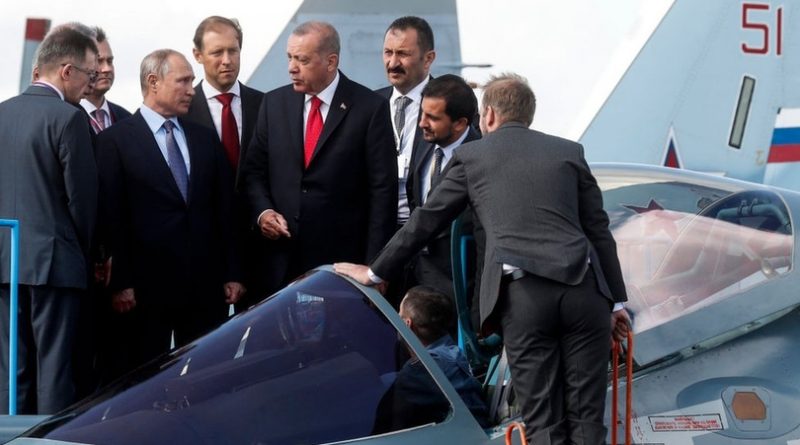 It is too early to talk about any contract, both Russia and Turkey also added.

Turkey has started negotiations with Russia on the supply of fighter jets, the purchase of the Su-35 can only be an interim solution for the country, said the head of the secretariat of the country’s defense Industry Ismail Demir.

“The Su-35 can only be an interim solution for us. We are still at the very beginning of the negotiation process with Russia. And we need to have long negotiations on partnership in this area and other topics,” Demir said.

It was reported that he became interested in Russian Su-35 and Su-57 fighter jets, a topic that was also discussed during negotiations with the Russian president.

Erdogan said Turkey and Russia are negotiating the supply of Su-57s.

Turkey has not yet asked Russia to purchase Su-57 fighter jets, but consultations have already begun, Dmitry Shugaev, head of the Federal Service for Military and Technical Cooperation, said on Wednesday.

“There are no applications for the Su-57 yet, and in this regard it is too early to talk about any contract negotiations,” he told reporters.

At the same time, Shugaev noted that “consultations have begun both on the Su-35 and as a further topic on the Su-57.”

On July 17, the White House press secretary said in a written statement that Turkey’s decision to purchase russian S-400 missile defense systems makes it impossible to continue its participation in the program of creation of American fighter jets – fifth-generation F-35 bombers.

Ankara planned to purchase 100 aircraft and produced some of the equipment, avionics and fuselage elements for the vehicle.