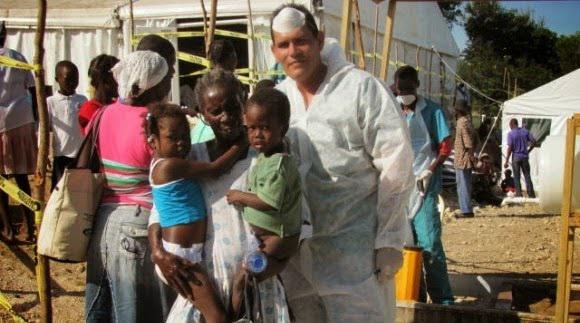 The slanderers know it very well, Cuba is the exception, in applying massive, free and quality health services, which has made it possible for today’s indicators, in many cases, to be above the so-called First World countries, including the US.

A head of the State Department, a National Security advisor and a Republican senator for the State of Florida are capable of inventibg the grossest lies, which then the great media at their service are responsible for repeating and an eccentric president signs and exhibits as if they were a war trophy. That happens today in the United States.

But, be careful! Because they are trying to denigrate one of the most beautiful human works: health for all and solidarity.

The last aggression against our country is executed through the United States Agency for International Development (USAID), a cover institution of the Central Intelligence Agency (CIA) that, financed with a few million dollars, it lends itself to financing actions and seeking information to sabotage and discredit Cuba’s cooperation in the field of health in dozens of countries and for the benefit of millions of people.

They have used everything against the island and have always received the right answer: the truth. That neither Mike Pompeo, nor John Bolton, nor Marco Rubio, nor Trump himself are accustomed to practice.

Money, in any case, can replace the truth, honor, ethics and professionalism of hundreds of thousands of compatriots who have been treated and will continue to do so, in the most remote places on our planet.

The slanderers know it very well, Cuba is the exception, in applying massive, free and quality health services, which has made it possible for today’s indicators, in many cases, to be above the so-called First World countries, including the US.

Let us challenge the impostors of the Trump administration to say how many countries in the world use 51% of their annual Gross Domestic Product for health and education services.

And what is more important, with that budget, approximately 226 million free medical consultations and 1.38 million hospital admissions can be guaranteed, while in education the enrollment of almost two million students of Preschool, primary, special, secondary and upper secondary education, and 250,000 college students.

A report published in the Pan American Health Magazine in 2018 recognizes that “the Cuban National Health System has a solid infrastructure, constituted by a wide network of sanitary facilities that guarantee total coverage, access and equity in the services of the population with qualified human resources.”

The show out of the Trump team cannot have another qualifier than the execrable one. In the United States, where plans to prepare and economically choke Cuba are prepared and executed, health services, due to their high cost, can never be inclusive for all citizens.

We are talking about a nation where the bill of a hospital for an accident on a motorcycle for four days of admission is almost 126,000 dollars; where complementary laboratory, anesthesiologist, physiotherapy and rehabilitation services can cost more than $ 47,000; the fractured ankle of a citizen resulted in the stratospheric amount of $ 80,000 which, incidentally, does not include ambulance, anesthesia or postoperative care; and an appendicitis operation is worth just over $ 36,000.

They are only a few data on the price of health in the richest country in the world and where millions of poor people, to pay for hospitalization or surgery, have to live in debt for the rest of their lives.

A very important fact, that same country dedicates in the current fiscal year a budget of 718 billion dollars in actions in the service of war and death, has about 800 military bases and more than 300,000 soldiers deployed in 177 countries.

Donald Trump’s government, which aims to discredit Cuban health services and the international contribution of its doctors, does not have any medical brigade that provides services in the most impoverished and needy nations, where millions of children die every year due to lack of medical assistance.

That is the country, whose government also allocates millionaire funds to lie to the world regarding the humanitarian work of Cuban medicine and the principle of solidarity, a banner of those who carry out internationalist missions in more than one hundred countries, voluntarily and committed to their mission to save lives. 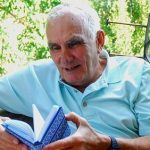 Cuban journalist and international issues analyst. It is part of the writing of the Granma newspaper.

Cuban journalist and international issues analyst. It is part of the writing of the Granma newspaper.