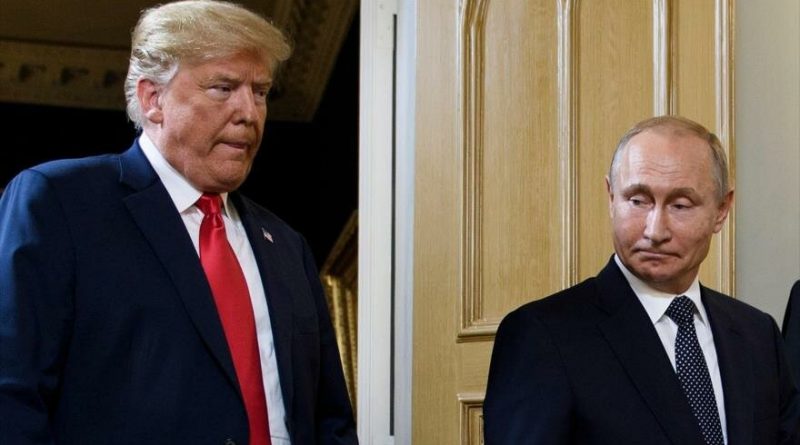 Russia considers the preconditions imposed by the United States to organize a meeting between Trump and Putin ‘unacceptable’ and ‘artificial’.

“We regret that the Americans took the decision to cancel the meeting, postponing it to an indefinite period. In addition, for the meeting to be organized, they are imposing unacceptable conditions for us,” Russian Deputy Foreign Minister Sergei Ryabkov informed on Tuesday.

In an interview with the local news agency Sputnik, Riabkov commented on the decision of the US president, Donald Trump, to cancel a planned meeting with his Russian counterpart, Vladimir Putin, on the sidelines of the G20 summit in Argentina, which provoked the criticism of Moscow.

He also stressed that the United States should “reconsider its counterproductive and artificial requirements” to enable a new meeting. The Russian deputy foreign minister also described as “necessary” and “essential” a new meeting between Trump and Putin for next year, something that , in his opinion, both parties need equally, but “the lack of political will” in Washington to work with Moscow “on an equal footing” further aggravates bilateral relations and disagreements in international security.

The importance of this summit is known by everyone. Trump, on November 29, after canceling the meeting, tweeted: “I expect a significant summit again as soon as this situation [of the confrontation in the Kerch strait] is resolved,” thereby making the meeting dependent of any other international incident.

The US president in his words referred to the arrest of three Ukrainian military ships by Russia for entering the Kerch Strait, in the strategic area of the Azov Sea, between the Crimean peninsula (attached in 2014 to the Russian Federation) and the southeast of Ukraine (scenario of a conflict that confronts Kiev and the pro Russia forces).

According to the Russian Government, with this action, Ukraine violated Articles 19 and 21 of the United Nations Convention on the Law of the Sea, which reserves coastal States the right to guarantee safe navigation, but the North Atlantic Treaty Organization (NATO), in which the USA is fundamental, it systematically supporting Ukraine.