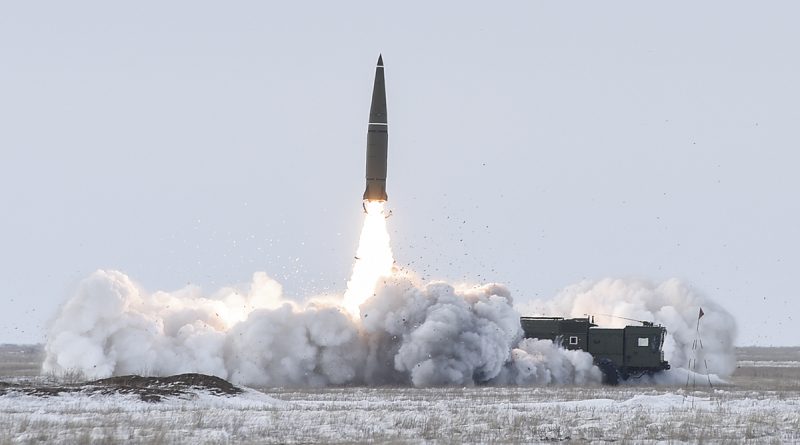 Caracas would allow Russia to install its missiles in Venezuela in response to a similar US measure in Asia, Russians warns Washington.

In a warning message to the US, the vice president of the Defense Committee of the Russian Duma (Lower House of Parliament), Alexander Sherin, has asserted that if Moscow proposed the deployment of its missiles in Venezuela to Caracas “they would accept it with satisfaction”.
“The deployment of the S-400 systems, or the Bastion and Iskander in Venezuela, would void tens of efforts and billions of dollars invested (by the US) in its missile defense system,” said the Russian legislator cited on Friday by the news agency Sputnik .

RELATED CONTENT: Trump Cancels Denmark Trip Over Controversy on Greenland Purchase
According to Sherin, “the Americans desire that the leader of Venezuela (President Nicolás Maduro) be ousted and his interest in seeing Russia independent and strong make these two countries allies, safe and long-term allies.”
In the opinion of the Russian deputy, (the hypothetical deployment of Russian missiles in Venezuela) would divert the [US] desire for any interference in the internal politics of Venezuela, Washington’s attempt to oust the leader of the South American country. ”

(The hypothetical deployment of Russian missiles in Venezuela) would divert the [US] desire for any interference in the internal politics of Venezuela, Washington’s attempt to oust the leader of the South American country,” said the vice president of the Committee of Defense of the Russian Duma (Lower House of Parliament), Alexander Sherin.

As US threats and pressures to overthrow the Venezuelan president increase, Moscow and Caracas strengthen their military cooperation.

RELATED CONTENT: Venezuela Military Deploys S-300 Missiles Following Russian Planes Arrival (Reports)
The statements of the Russian legislator occurred after the secretary of the US Department of Defense (the Pentagon), Mark Esper, reported on August 3 that his country plans to deploy new conventional weapons of intermediate range in Asia. This announcement came a day after Washington withdrew from the Intermediate Nuclear Forces Treaty (INF).
In reaction, the Russian Foreign Ministry spokeswoman , Maria Zakharova, denounced on Thursday the deployment of US missiles that, after the Asia-Pacific region, could continue in Europe, which “would lead to the escalation of regional tensions.”

Friday Russian President Vladimir Putin ordered comprehensive measures to give a symmetrical response to US actions, after leaving the INF Treaty, in reaction to the Washington test of a medium-range cruise missile carried out on Sunday .
tmv / lvs / mkh