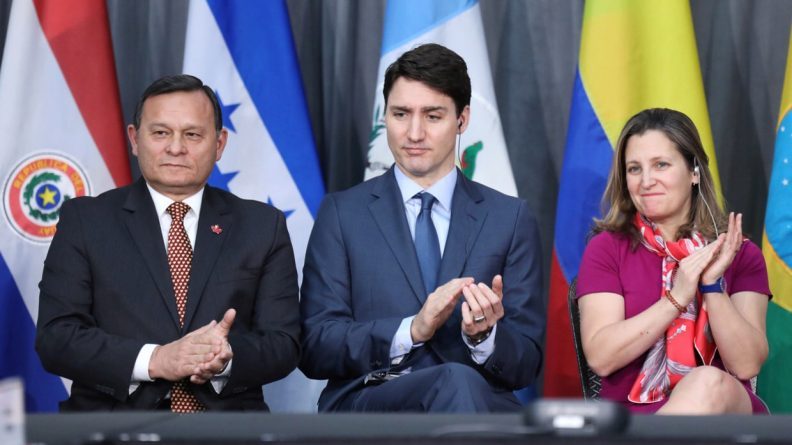 The Canadian government has denied both Russian and alternative media outlets access to a meeting in Ottawa, during which Latin American ministers will plot their further response to Venezuela’s ongoing crisis.

With the Lima Group meeting set to begin on Monday, Sputnik and Russian news agency RIA Novosti were officially disinvited that morning. Sputnik reported that the Canadian Foreign Ministry did not initially explain its reasoning.

When pressed, a spokesman for the ministry said that Sputnik “hasn’t been cordial” with Canadian Foreign Minister Chrystia Freeland in the past. However, a quick search reveals that Sputnik has never been overly critical of the Canadian FM since she was appointed two years ago.

RIA’s request for clarification has not yet been answered.

One day earlier, Latin American news outlet Telesur was also denied access to the meeting. Telesur published an email from the Canadian ministry saying the organization has “NOT been accredited as media.”

The Canadian government has denied teleSUR press access to cover the so called “Lima Group” meeting.

Again, no explanation was given. TeleSur is, however, funded in part by the Venezuelan government, and is one of a handful of media outlets that would break with the regime-change cheerleading of the mainstream media.

The Lima group’s objective in Venezuela is simple: remove President Nicolas Maduro from power. Made up of 13 Latin American countries and Canada, the group has declared Maduro’s re-election last May “illegitimate” and called for fresh elections in Venezuela. The group also followed the US’ lead in recognizing opposition leader Juan Guaido as Venezuela’s interim president earlier this month, with Mexico the only member state continuing to recognize Maduro.

Ahead of Monday’s meeting, Canadian Prime Minister Justin Trudeau spoke with Guaido by phone, about the need for the Lima countries to send a clear message about “the illegitimacy of the Maduro regime.” Trudeau also pledged $53 million in humanitarian aid to alleviate Venezuela’s ongoing refugee crisis.

At Lima Group meeting on Venezuela, PM Trudeau announces aid for the country: “We know that the people of Venezuela are facing tremendous hardship & they need our help… Today Canada is stepping up & announcing $53M to address the most pressing needs of Venezuelans…” #cdnpoli pic.twitter.com/UUwciI9GfC

Its once oil-rich economy mired by hyperinflation and shortages, Venezuela was rocked by anti-government protests earlier this month. After Guaido declared himself interim president two weeks ago, the United States called on Maduro to step down, pledged support to Guaido, and hit Venezuela’s government-controlled oil industry with sanctions. Speaking to CBS on Saturday, US President Trump ruled out negotiations with Maduro, while saying military intervention was “an option,” without elaborating further.