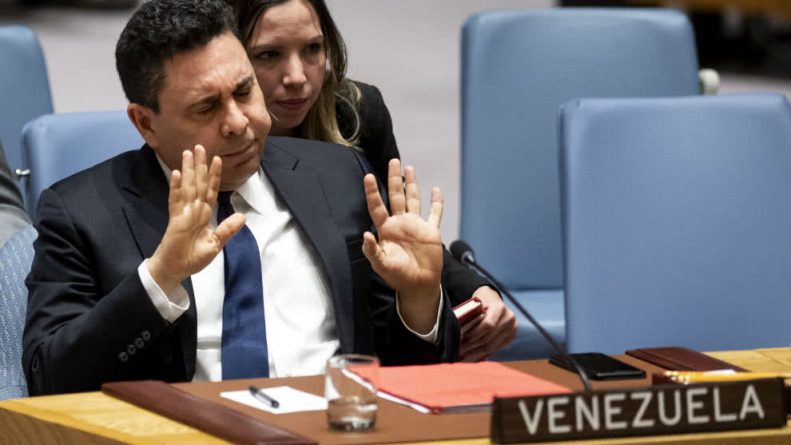 On Thursday, February 28, the permanent representative of our country to the United Nations (UN), Samuel Moncada, denounced the creation of a parallel army in Colombia.

Moncada indicated that the idea is for this irregular group to penetrate the nation, to alter the peace and stability of Venezuela.

In this regard, he warned that this is what deserters of the Bolivarian National Armed Forces (Fanb) say, with the intention of justifying “the formation of a supposed Army of Liberation of Venezuela in Colombian territory all with the intention of infiltrating in our country and destroying the peace of our nation. ”

William Castillo, Deputy Minister for International Communication posted in his twitter account that only 109 National Guards have defected and reiterated Samuel Moncada’s denunciation.

He also explained that those who organize this irregular terrorist organization “make public displays in the Colombian media with total impunity.”

“We demand the Security Council condemn the use of military force against Venezuela,” said Moncada, while denouncing Donald Trump’s continued public threats to the Venezuelan people with “the military option”.

In his speech, Moncada affirmed that the illegal acts of the USA and Europe are “the primary culprits of the suffering of our people. Modern wars are not made with bombs, they are made with banks and they are doing that against our people. ”

He accused, also, the acts of economic blockade that are sustained from the international conservative actors against Venezuela.

He denounced on Thursday that a week ago the governments of the United Kingdom and the United States “perpetrated the biggest theft” in the history of their country.

“More than 30,000 million dollars were stolen from the Venezuelan people and they want to make invisible that plunder of historical proportions,” the diplomat said.

Moncada called the action a “calculated cruelty” against Caracas and stressed that if there is any interest in the situation in the South American country, the first action that these countries must take is “to return what was stolen”.

“They commit an act of robbery and pillage that can not be hidden with a mantle of humanitarianism (…) We do not need those saviors, guided by greed, who end up destroying all the nations they approach,” said the Venezuelan representative, who labeled these actions as extortion measures.

The official said that the financial siege against his country shows that modern wars “are no longer made with bombs, they are also made with banks”. For that reason, he urged the Security Council of the United Nations to ensure compliance with international law against “the use of economic institutions as weapons of mass destruction,” as in the case of Venezuela.