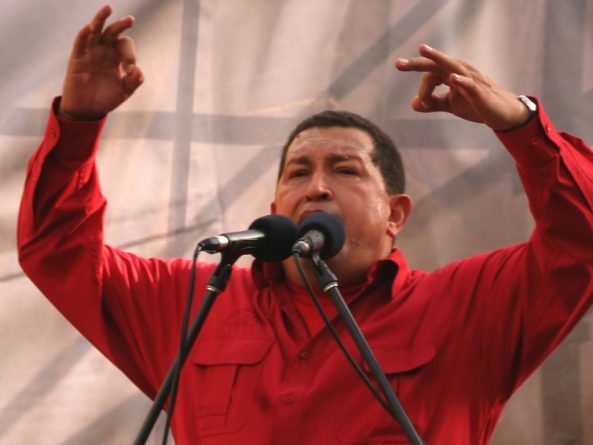 Analyst Nino Pagliccia stresses the importance of fighting the disinformation that comes alongside US aggression against Venezuela.

Last April marked a special anniversary for Cuba but one that we should all reflect upon given the current events in Latin America, particularly in Venezuela. In mid-April 1961 three cities in Cuba were bombed at the same time from the air. Immediately the US government claimed that Cuban defectors carried out the action with Cuban planes and pilots. The media quickly “confirmed the actions”.

These were false flag attacks organized by the US.

In a large mass rally in Havana the next day Fidel Castro pronounced a very important speech where he called John Kennedy and the media liars. That was the speech where Fidel declared the “socialist character” of the Cuban revolution.

US interventions, military and parliamentary coups have been relentless before and since in Latin America. Often they are preceded by outright disinformation in order to misrepresent events and demonize the target government as a prelude to legitimize a more aggressive intervention.

The level of disinformation about Venezuela has been widely exposed by political analysts like Dan Kovalik and media groups like Fairness and Accuracy in Reporting (FAIR), which indicated that corporate media in the United States has undertaken “a full-scale marketing campaign for regime change in Venezuela”.

RELATED CONTENT: Study Linking US Sanctions to Venezuelan Deaths Buried by Reuters for Over a Month

In an article last April Time magazine said, “Venezuelans are starving for information”. Venezuelanalysis.com writers responded that, “Creative reporting about Venezuela is ‘the world’s most lucrative fictional genre’“, and it goes on to show how there are three private TV channels, a satellite provider that covers FOX News, CNN and BBC. Anti-government print media is also widely accessible as well as online outlets.

The truth is that people outside Venezuela are starving for reliable information.

The New York Times printed, “Venezuela’s Collapse Is the Worst Outside of War in Decades” with barely a reference to the impact of US sanctions and the billions of dollars stolen from Venezuela as if irrelevant.

Perhaps there is no conventional war in Venezuela, but there is a devastating economic war imposed by unilateral coercive measures, media warfare or infowar. Venezuelans call it guerra mediática. In 2009 Chavez even spoke of “media dictatorship.”

It kills people just the same by virtue of curtailing vital trade, investment and imports in a capitalist world that reacts and panics very quickly at a minor sign of insecurity. Capital flees, leaving the country at the mercy of political imperial attacks.

When it comes to Venezuela papers like the Washington Post, the NYT, the Globe and Mail and others are no different from tabloids. How else would you interpret the NYT information that Hezbollah is in Venezuela? It is a dangerous insinuation just because the Minister of Industry of Venezuela is of Lebanese descent and his great-uncle allegedly was associated with the Ba’athist Party of Iraq. The NYT would never make such an outlandish insinuation that the neo-Fascists are in Canada because Chrystia Freeland had a distant relative associated with Nazism in the Ukraine.

If we skip over the most obvious media lies, the bulk of disinformation can be reduced to two main categories of accusations laid against Nicolas Maduro: 1) Maduro is not a legitimate president; and 2) Maduro has broken the constitutional order of Venezuela.

Is Maduro an illegitimate president? Let’s remember that Maduro obtained irrefutably almost 68% of the valid votes on May 20th, and that Juan Guaidó appointed himself as “interim president” in a street rally.

Further, an analysis of the electoral process based on the established international standards shows that all the recommended elements for a legitimate election were followed in Venezuela and confirmed by many international observers.

More importantly, five candidates participated in the elections representing different ideologies. One of them, Henri Falcon, was even threatened with sanctions by the US if he decided to participate. The most radical rightwing opposition did not participate in the elections and did so by their own free will boycotting the process.

Did Maduro break the constitutional order? Former Canadian ambassador to Venezuela Ben Rowswell (2014-2017) recently lied in an interview with CTV stating that Maduro “suspended” the constitution. That never happened as it has been widely documented.

We cannot deny the economic crisis in Venezuela caused by the “guerra económica” (economic war) waged by the US. The last conservative figure for the cost of US sanctions to Venezuela is US$130 billion. But the US government and the corporate media want you to believe that the economic crisis in Venezuela is due to the Maduro government mismanagement, totally disregarding the impact of the unilateral coercive measures.

The reality is that the government of Venezuela is responding with full commitment to the constitution, and the international commitment to its “responsibility to protect” the well being of the population by maintaining its social programs under harsh circumstances. The people are at the centre of all programs.

Perhaps the most important government program is the Local Supply and Production Committees (CLAP-Comité Local de Abastecimiento y Producción) that guarantees delivery of boxes of food and other items in order to cover the basic needs. The program covers about 6 million families.

The US is currently threatening the Venezuelan CLAP program with sanctions, alleging that it finances or is a cover up for drug trade. This is the most vile deceit at the cost of starving Venezuelans. Not even in time of war is such a callous crime allowed.

Concluding remarks
It is obvious that the US government is after the control of Venezuela’s oil resources based on its unfounded claim over its “backyard”. Canada has joined with its own claim to protect its mining sector corporations with interests in Venezuela. Neither country has any interest in the people of Venezuela, despite their rhetoric.

It is also quite obvious that the Bolivarian Revolution in Venezuela centers on the protection of its people and on preventing any pillage of its resources based on its legitimate claim on sovereignty, independence and self-determination, supported by the majority of people.

There lies the true nature of the US/Canada attacks against Venezuela.

However, that is the pragmatic reason. The more political and ideological reason is that the US corporate interests that govern the country will never allow any other ideology that hints or resembles any form of socialism, even in its embryonic form. Canada’s foreign policy today is quite attuned with US foreign policy.

It is interesting to note that the constitution promoted by Chavez does not have a single mention of the word “socialism”. It speaks frequently of “social democracy” but never of socialism.

Chavez coined the phrase “Socialism for the 21st Century” in 2005, six years after the new constitution was approved. And yet he was already slated for a US-sponsored coup in 2002. The coup failed but that must have made Chavez’s anti-imperialism discourse much more urgent. His speeches rejecting capitalism, imperialism and neo-liberalism, as causing oppression of the population, became much more open, explicit and forceful.

The policies of his government also became much more progressive as indicated by the law passed in 2006 establishing communal councils as units of direct democratic self-government, and the law of 2010 establishing the creation of communes as institutions that would bring together the communal councils with local productive units. These laws were in compliance with Article 184 of the constitution.

However, the new constitution being drafted by the National Constituent Assembly needs to formalize the close to 3,000 Communes in Venezuela by giving them constitutional ranking.

It would not be totally surprising to see a more prominent place for the “21st Century Socialism” in the new constitution. Perhaps, we may witness a formal Venezuelan declaration of the “socialist character” of the Bolivarian Revolution.

Today we can infer that the corporate media war is not just against Maduro but it is against Chavismo as the living ideology of the Bolivarian Revolution.

We are currently witnessing a race between two forces in our hemisphere: 1) the US and Canada imperial forces that support the Venezuelan rightwing opposition in order to produce a regime change, and 2) Venezuela’s popular majority forces determined to build an independent socialist path.

This is not a race where we can stand at the margin and say, may the best win. This is a race in which we are all involved. We must be involved. Today’s geopolitical reality makes us all vulnerable. Sorting out reality from fiction is the essential task.