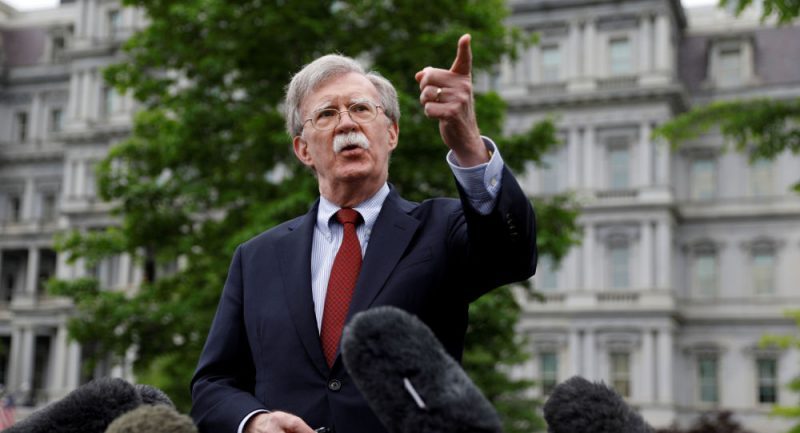 Washington has been supporting self-proclaimed Venezuelan interim President Juan Guaido since January 2019 in a bid to force democratically elected President Nicolas Maduro to resign, but without success.

The US president’s National Security Adviser John Bolton has taken to Twitter to accuse Venezuelan President Nicolas Maduro of allegedly misusing the country’s money. Bolton claimed that Maduro paid $209 million to Russia under a defense contract to “buy” Moscow’s support and once again called for the elected president to resign.

Maduro has grossly mismanaged Venezuela’s resources. In May, while hundreds of thousands of Venezuelans went hungry, Maduro gave Russia $209 million for a defense contract to buy their continued support. Venezuelans want true democratic leadership, not repression.

However, the national security adviser failed to present details on the alleged defense contract between Venezuela and Russia. Moscow hasn’t commented on his claims yet. The two countries have signed contracts on the supply of military equipment to the Latin American state in the past, but these deals were fulfilled long before Venezuela was struck by economic and political instability.

RELATED CONTENT: Is the Dialogue in Norway Moving to Sweden?

Head of the Russian state corporation Rostec Sergei Chemezov said at the SPIEF 2019 that although Caracas is interested in buying new military equipment from Moscow, it can’t afford to do so right now due to economic problems and US sanctions.

Deputy Director of Russia’s Federal Service for Military-Technical Cooperation (FSMTC) Anatoly Punchuk recently said that new military contracts between the two states are unlikely to be signed in the near future due to the harsh economic conditions in Venezuela, which have partially been caused by American sanctions.

Others argued that Bolton doesn’t want justice or a “fair” president for Venezuela, but rather to start another war for the US.

Others argued that Bolton doesn’t want justice or a “fair” president for Venezuela, but rather to start another war for the US.

Bolton is anxious for a war. No matter the place: Venezuela, Iran … The place is not important. Bolton needs to start a new war. Now. pic.twitter.com/nvjD3SiuqC

Maybe because the sociopathic representatives of a bellicose super-power keep saying they’ll invade them. Just maybe.

Some social media users, however, agreed with Bolton.

“Mismanaged”? John that could very well be the understatement of the century!!! Aggravated robbery is a concept that comes to mind!!! It’s horrific what is happening in Venezuela.

Several people called on the US to stop talking and instead organice a military intervention in Venezuela, something that Washington hasn’t ruled out in official statements.

RELATED CONTENT: Insulin From Russia Arriving in Venezuela in July

Respectfully, you talk to much and nothing happeneds.

At least, have the people responsable for “loosing” the money from USAID in Colombia arrested and brought to justice.

Do something and talk less.

Thanks for effort, we need more action and less talk/Twitter.

Previously, Moscow has defended the presence of its specialists in Venezuela carrying out maintenance on Russian-made equipment, something which has prompted criticism from Washington. The Kremlin has noted that as sovereign states, Russia and Venezuela have the right to sign bilateral defence contracts and that other countries should keep their concerns to themselves.