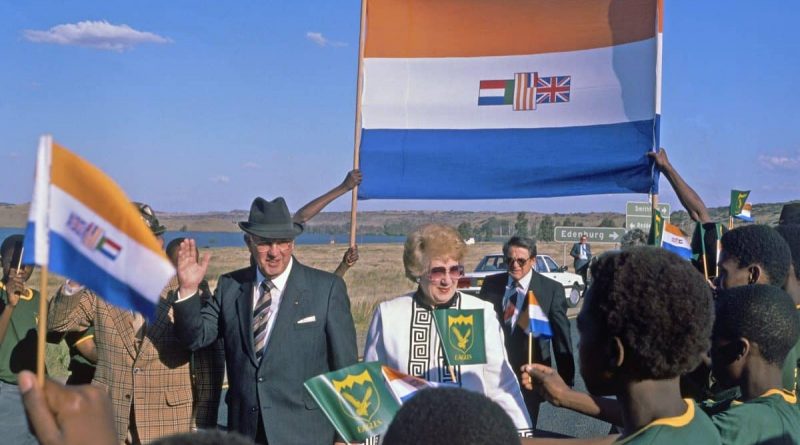 Judge Phineas Mojapelo will have his name remembered for a very long time in South Africa. He’s the magistrate who handed down the momentous decision to outlaw the old apartheid flag from public display in the country, some 25 years after the cruel regime was finally defeated.

Apartheid flag banned – what you need to know

The Black Monday protests, which flared-up in October 2017, forced the Nelson Mandela Foundation and SA Human Rights Commission to take action. What started out as an impassioned plea to take action against a rise in farm murders descended into open displays of the apartheid flag, and in some cases, defences of the regime itself.

However, on the other side of the debate was AfriForum. They have proved to be the biggest defenders of the apartheid flag, and although they have condemned those who display it publicly, Deputy CEO Ernst Roets has previously argued that keeping the icon is an expression of free speech, which must not be conflated with hatred.

RELATED CONTENT: South Africa: CP Reiterates Solidarity with the People of Venezuela Amidst Intensified Aggression by the United States

It would prove to be the former who left the Johannesburg courtroom successful, however.

Apartheid flag: How the ban will work

Although a few more issues are still to be finalised, it’s understood that the apartheid flag will not be allowed to fly anywhere in public. This will now be classed as hate speech, and incur serious legal penalties will be incurred by offenders. However, the icon will still be on-display in museums and places of historical interest. Other exemptions include:

Judge Mojapelo makes it clear that the display of the #ApartheidFlag must be confined to cases of journalistic, academic and artistic expression which serves in the interest of the public. #OldFlag #CarteBlanche

There remains a grey area about private display of the flag. Whether the South African judiciary can monitor what goes on behind every closed door in the country or not is another stem of debate. But what we know for certain is this: Brandishing the flag in public will now land you in some seriously hot water.

What the judge said

Early on in the case, it appeared that Judge Mojapelo was siding with the SAHRC and the NMF:

#ApartheidFlag Mojapelo mentions the experience detailed by Sello Hatang of the Nelson Mandela Foundation, he says it is common course that this is the feeling and experience of any black child growing in South Africa. He says it is a reality not an exaggeration.

Sure enough, he ruled with conviction on the matter almost two hours after he had started.

“Displaying [the apartheid flag] is destructive of our nascent non-racial democracy… it is an affront to the spirit and values of botho / ubuntu, which has become a mark of civilized interaction in post-apartheid South Africa.”