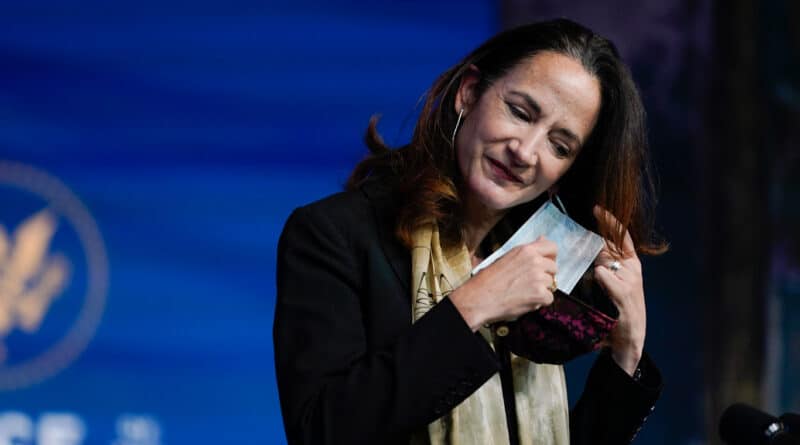 Just as they failed to hold power to account in the run-up to the disastrous wars in Iraq and Afghanistan, corporate media is refusing to ask the hard questions about Biden’s hawkish cabinet picks.

Despite President Trump’s insistence that he, in fact, won the election, President-elect Joe Biden is already filling many of the top positions in his administration, and corporate media — who Americans rely on to stand up to state power — are in raptures over his choices.

CNN, for example, has been remarkably deferential to the future president and his picks, claiming that “it’s clear that Biden is choosing people who are, indisputably, experts in their fields,” lauding the appointment of a number of women and people of color into positions of power. CNBC judged approvingly that Biden’s team is full of “experienced institutionalists” and “pragmatic realists” (a media codeword generally meaning pro-corporate individuals).

MSNBC also hailed the “radical normalcy” of the new administration, highlighting its diversity of gender and race, concluding that, “Biden’s new list is a reminder of how the executive branch is supposed to work in a functioning administration that values competence.” But while there may be diversity of background, there is little diversity of thought, with all candidates coming from an elite background and agreeing on the economy, war, and foreign policy.

The corporate media can't stop talking about the exciting "diversity" of the incoming Biden Administration. It doesn't matter what skin color or gender people are if they all support US empire, US war crimes, & Wall Street-fueled destruction of the world. That's not diversity.

Biden’s pick for the important Secretary of State role is Anthony Blinken, a liberal hawk from the Obama administration who pushed for the disastrous war in Libya, supported Saudi Arabia during the ongoing Yemen crisis, and defended Israel from criticism over its treatment of Palestine. Yet virtually none of this has been brought up. Indeed, when Blinken’s history of working for big money corporate clients was raised online, Vox journalist Aaron Rupar casually brushed it off. “Blinken participated in society. The horror,” he retorted.

RELATED CONTENT: How Many Syrians did you Vote to Kill?

After meeting with him, Wall Street Journal columnist Walter Russell Mead was smitten, declaring his optimism that the hard-working Blinken would return the U.S. to “Cold War liberal orthodoxies,” like confronting China and Russia. The New York Times gave him the grandiose title of “defender of global alliances,” while CNN claimed that he would “lead [a] mission to restore [the] U.S. reputation on [the] world stage.” Furthermore, it insisted that he was “an ideal choice” due to his “commitment” to “international cooperation, refugee issues and humanitarian work,” also taking pains to humanize him as “a father of two toddlers who has his own band.” An entire section of the article was simply headlined “Nice,” and was filled with gushing anecdotes about Blinken’s apparent kindly personality.

Another potentially worrying pick for those concerned with human rights and endless wars is new Director of National Intelligence Avril Haines. In her previous roles as Deputy Director of the CIA and Deputy National Security Advisor, she masterminded the Obama administration’s worldwide drone war campaign and oversaw and covered up the CIA’s torture campaign, even supporting Gina Haspel’s appointment as director of the agency.

But according to CNN’s National Security Analyst Samantha Vinograd, Haines is “quite literally the nicest person any of us have ever met.” In the famously cutthroat world of intelligence, where nice people rarely even start, let alone finish first, the idea that the new DNI chief is a paragon of virtue might prove to be a little hard to swallow, for some. Vinograd, a former national security state mandarin turned journalist, describes her as a tireless worker, an accomplished intellectual, focussed, kind and dedicated. Like with Blinken, CNN was at pains to show her purported human side, informing us that she is a brown belt in judo, and loves science and flying planes. Despite the fact that Vinograd served in a high position in the Obama-Biden administration, and is still a senior advisor at the Biden Institute, CNN insists that she is in no way affiliated with his campaign.

Thus, the fourth estate, who we rely on to keep the powerful in check, are describing Biden’s administration in such glowing language that many would be embarrassed to use about their spouses. Not only that, but they increasingly come from exactly the same class of people that they are meant to be holding to account.

However, if the written press were overwhelmingly positive, the excitement over the new administration was turned up to 11 on television. White House correspondent Yamiche Alcindor — a supposedly neutral and objective journalist — appeared on MSNBC to tell viewers that Biden’s cabinet was like the Avengers; “here are the superheroes to come and save us all,” she opined, claiming that they would be “good stewards of America’s role in this world,” and save the world from Trump and his supposed America-first isolationism. As the United States is overwhelmingly considered the greatest threat to peace by the world’s population, the message received by the rest of the planet might be different from that being sent.

RELATED CONTENT: Surprise! America is Getting Another Psycho for Secretary of State

Meanwhile, CNN continued to rehabilitate Bush and Trump-era neoconservative hawk John Bolton, inviting him on the network to tell them how much better Biden’s capable, experienced appointments are than Trump’s.

By design, there was very little pushback to the dominant narrative, and when any appeared, CNN simply cut it off immediately. When progressive New York congressman Jamaal Bowman began criticizing Rahm Emmanuel — strongly tipped to become a key member of the new administration — the network simply cut his feed in mid-sentence, as he was cataloging his history of covering up the police shooting of Chicago teenager Laquan McDonald and his campaign to close Chicago schools en masse while mayor. Any deviation from the official line, it seems, will not be tolerated.

Weird how @JamaalBowmanNY gets cut off here midway through discussing the details of @RahmEmanuel’s disastrous record pic.twitter.com/Kkiy5Natu9

Corporate media have been criticized a great deal over the past four years over how they handled the Trump administration. While many in the U.S. will be relieved that the era of Trump is swiftly drawing to a close, it appears that the press will continue to function in a less than ideal manner. Long ago, veteran media critic Noam Chomsky claimed that “Any dictator would admire the uniformity and obedience of the U.S. media.” The press’ singularly and relentlessly optimistic tone since Biden’s victory suggests that we might be in for four more years of this.