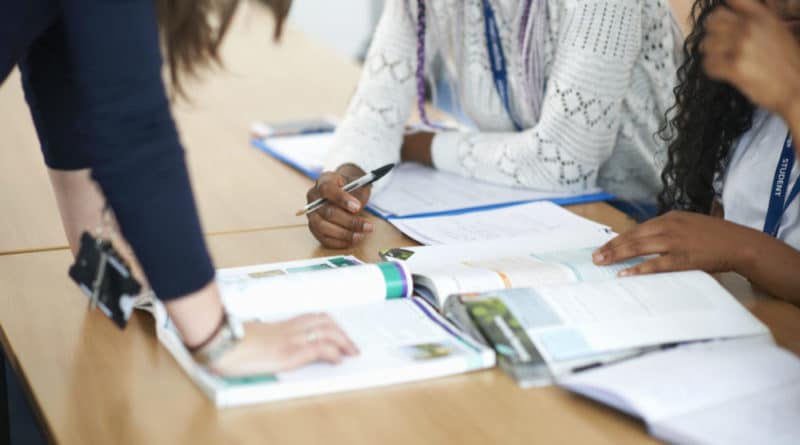 July 1, 2020.- Sixth-grade English teacher Zakia Jarrett was briefly placed on administrative paid leave for telling students that “many cops are racist” during a class discussion on race and racism.

Jarrett, a Black teacher at Pierce Middle School in Milton, Massachusetts, was placed on leave on June 5 after a recording of the remote learning session reached the school principal. But later that night, the school district reversed the decision after the Milton Educators Association complained.

Get the editor’s can’t miss stories of the week, and tips for navigating life – and weekends – during the coronavirus outbreak. Sign up now.

The Milton School District said in a statement to Here & Now that the school superintendent apologized to Jarrett verbally and in writing.

“The manner in which these events unfolded caused pain to an employee of the Milton Public Schools and negatively impacted students,” the statement said. “This incident has caused the District to deeply reflect on our processes and practices as we consider academic freedom and the many complex facets of remote learning.”

The teachers’ union said that Jarrett was “wrongly accused of presenting inaccurate or inappropriate material about racial prejudice.” Recording a remote session is also in violation of the district’s remote learning policy, the union said.

During the lesson in question, Jarrett says she presented students with Nikki Giovanni’s poem “Allowables” about the killing of a spider. With Giovanni’s words, “I don’t think I’m allowed to kill something because I am afraid,” Jarrett says she was trying to teach students about systemic racism and unconscious bias.

“I said that I thought it was about how as people, we often respond to others based on our own beliefs and not necessarily based on what the other person has done,” she says. “And then I took it a little farther and said, sometimes when people are angry or afraid, they lash out, even though the person who’s receiving their aggression did nothing.”

Citing the killing of Ahmaud Arbery, Jarrett told her students that his killers “were responding to their own interpretation of his Black skin, not because of something that Ahmaud Arbery did.”

RELATED CONTENT: What to a Prisoner is the Fourth of July?

“I said, in addition to the men who killed Arbery being racist, that there are many police officers who are racist as well. And using that as an excuse for killing someone is not a good enough excuse,” she says she told her students.

When the school principal told Jarrett that she was being suspended because of an alleged comment, Jarrett says she couldn’t remember exactly what she said and that she was “honestly terrified.”

Jarrett’s colleagues voiced their support for her in a letter to the district, arguing that her statements were “100% true,” she says, and expressed their concerns about her being punished for an unauthorized recording of her lesson.

“There are many police officers who are racist,” Jarrett says. “I wasn’t saying most or all, just many.”

Jarrett is now calling for a more robust anti-racism education curriculum. And parents are supporting her too, with more than 400 signing a petition accusing the Milton School District of not prioritizing teaching students about race and racism.

Jarrett says an anti-racism curriculum must touch every class from English to math.

“It’s not just let’s do one class that talks about racism and we move on,” she says. “It’s intertwined in everything we do.”

In her own classes, Jarrett says she focuses on exposing students to authors of different races and creating a place where they can have conversations about race.

“For many of my sixth graders, when they enter my class, I’m the first person who has let them know it’s OK to notice that race exists, to say that I am a Black teacher,” she says, “because for so many of them, it’s been taught that it’s taboo to notice that people have different races.”

It’s also important to have these conversations with kids without placing blame, Jarrett says.

“I spend a lot of time saying to my students, especially to my white students, that I know that when we talk about racism, white people, white children often feel guilty and feel responsible for it,” she says. “And I made it very clear to them that systemic institutional racism has existed in this country since before they were born.”

Jarrett also emphasizes to her students that everyone has unconscious bias, herself included, and talking about it is the only way to overcome it.

“It’s this idea that systemic racism is not the same as individual racism. It’s not you’re calling someone the N-word,” she says. “It’s not necessarily because you’re a bad person in quotes, but that doesn’t mean that someone can’t still be racist. And I think that’s a very nuanced idea that children should be introduced to.”

Correction: A previous version of this story incorrectly quoted the statement that led to Zakia Jarrett’s temporary suspension. Jarrett actually said “many cops are racist.”