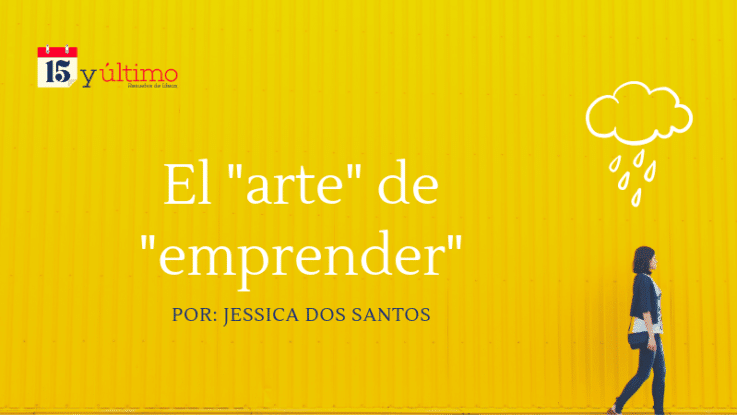 At the beginning of 2017, in the midst of the strongest protests and everyone being flat broke, two friends and I agreed to create our own “company”.

The adverse context moved us instead of freezing us.

We were (we are) a few “carajas” (women) wanting to stay in Venezuela, but with enough mental clarity to know that the picture would get a little more cloudy each day.

In those days, the national fire devoured us all. However, the objectives were clear and would not depend on any “gestor” (paid dealer of permits).

We went to the registry early in the morning, we called the lawyer a thousand times, we bought accounting books through “Mercado Libre” (Venezuelan ebay), we asked ourselves again and again if the “guarimbas” would allow us to achieve our daily mission.

On April 26 we signed the articles of incorporation.

On the 27th Maduro ordered the withdrawal of Venezuela from the OAS and diplomatic relations fell to a critical degree.

After that, everything has been about trying to keep afloat: in the country and in what they call “entrepreneurship” (you can not imagine how and how much I hate that word).

Today there is a furor around “the need and the art of entrepreneurship” because “while some cry, others sell handkerchiefs”, blah blah blah.

But in this regard, there are several things that should be clarified: “entrepreneurship” is not easy, involves several debates, and leaves us a host of existential doubts.

Let’s start: “Entrepreneurship” and that you do “well” does not depend solely on your effort or vision of work (in the best style of the films: “In search of happiness”, “Steve Jobs: One last thing”, etc). On the contrary, this idea could frustrate you very quickly.

On the other hand, “entrepreneurship” depends to a large extent on your capital: The “entrepreneurship” of a trio of “pelabolas” (broke people) is not the same as that of a group of shareholders with money, or that of an “enchufado” (people with connections) of any political tendency ( these are the ones that abound lately, by the way).

The former may have broad intellectual capacities but always accompanied by monetary limitations: technology expires, dependence on CANTV, etc. The latter have the resources to make these types of investments and solve any problem. To the third parties, there is someone who gives them everything in exchange for who knows what (this also applies to coffees, hamburgers, hairdressers, or whatever business segment).

But, in addition, in transit one finds other pearls, for example, keeping up to date accounts is screwed, but trying to be honest with the State (paying patents, taxes, etc.) is even worse, since it would seem that the policies are intended to destroy the small and medium-sized projects that still exist and give court to the sharks that have historically screwed us without mercy or to the pile of new businesses that sell a myriad of imported products without even having permission to do so. Given this, one or another of us fall into illegality, or closing the doors.

Then, there are the details of “moral” order: we are all rejecting, and rightly so, the current situation (prices are very high, they charge us in dollars, etc.) but when we are on the other side (that is, selling something: a product, a service, etc.) we discovered that many times the only way to keep us afloat is by doing exactly the same thing that screws us up so much. And not because we are sons of bitches, but because there is a chain that pushes you to that and nobody does anything to stop it or restore order.

In this way, if you charge the materials in US$, if you rent equipment in dollars, if you have to resort to expensive private telephone services, etc, etc., how do you charge in bolivars and with reasonable prices? Suppose we achieve it: how do we safeguard those bolivars if not going to the black market? What do we do if we accept Bs.S but then are charged for the condo, the school of the kids, etc, in US $?

A few days ago, a public official asked me for a quote, for minutes after answering: “What the heck! How are you going to charge so much?” And my patience on the run answered him:” Because I do not have the facilities or the pockets full of everything that many, like you, have stolen from the State “. There the conversation ended.

But another dilemma begins: What some call “expensive” (in terms of services) is not even 5% of what they would otherwise charge for that work. Venezuela is the new maquila of the continent. And we all have had to adapt to that: undervaluing us, asking for 2 pennies for the burned eyelashes or the sweaty back, and having to tolerate that others make us believe that they are doing us an immense favor by paying us “well” (“I give you $ 30, in the government they don’t give you $ 10, and the minimum wage is $ 5 “) while they carry away with them a part of our dignity.

Then, there are three more serious little issues: “entrepreneurship” can often be an option for anyone who can (within what is possible) risk, but it is not, nor will it be for a single mother with 2 kids, a person who has to take care of someone sick, etc .; the logic of “entrepreneurship” supposes a rigid social segmentation (it breaks the attempt of a team-working family, that falls to the most cruel competition, etc); and finally: what the hell are we “undertaking”? Most of the projects do not really contribute to existing needs nor to a country project that can last over time. On the contrary, they are all, to a greater or lesser extent, a conjunctural (and a heck of a valid) bet on this project entitled: “every man for himself”. But then what?

I, a few days ago, gave up nine and a half years of work for the government, I have heard about 10 work proposals, I have negotiated my services about 15 times, I have cried in frustration another 20, and I have concluded that, in such a perverse reality, there is no dynamic that works.

When the tsunami passes, it will even be our task to reconstruct labor concepts.