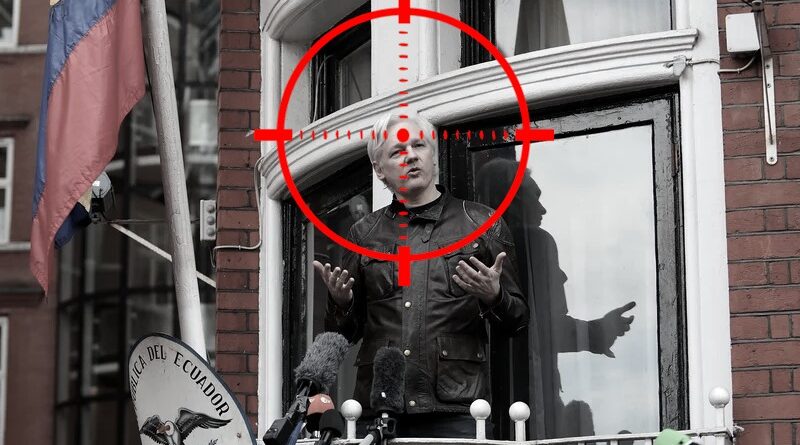 The first day of the US appeal of the Julian Assange extradition case saw grown adults arguing in a court of law that the US government could guarantee that it would not treat the WikiLeaks founder as cruelly as it treats its other prisoners.

I wish I was kidding.

In their write-up on Wednesday’s proceedings, The Dissenter’s Kevin Gosztola and Mohamed Elmaazi report that the prosecution argued that “the High Court should accept the appeal on the basis that the U.S. government offered ‘assurances’ that Assange won’t be subjected to Special Administrative Measures (SAMs) or incarcerated in ADX Florence, a super-maximum prison in Colorado.”

What this means is that in order to overturn the January extradition ruling which judge Vanessa Baraitser denied on the basis that the notoriously draconian US prison system is too cruel to guarantee Assange’s health and safety, the prosecution has established as one of their grounds for appeal the claim that they can offer “assurances” that they would not inflict some of their most brutal measures upon him. These would include the aforementioned Special Administrative Measures, wherein prisoners are so isolated that they effectively disappear off the face of the earth, or sending him to ADX Florence, where all prisoners are kept in solitary confinement 23 hours a day.

What’s ridiculous about these “assurances”, apart from the obvious, is that within its own legal argument the US government reserves the right to reverse those assurances at any time and impose SAMs or maximum security imprisonment upon Assange if it deems them necessary. As Amnesty International explains:

So the prosecution’s legal argument here is essentially “We promise we won’t treat Assange as cruelly as we treat our other prisoners, unless we decide we really want to.”

This argument made minutes after Assange had to excuse himself from his own hearing due to ill health. https://t.co/V4Z9z19n9b

This same prosecution argued that Assange should not be denied US extradition from the UK on humanitarian grounds as in the case of activist Lauri Love because Love suffered from both physical and psychological ailments while Assange’s ailments are only psychological. They stood before the court and made this argument even as Assange was visibly pained and unwell in his video appearance from Belmarsh, which he was only able to attend intermittently due to his frail condition.

“For my newspaper, I have worked as media partner of WikiLeaks since 2009,” tweeted journalist Stefania Maurizi who attended the hearing via video link. “I have seen Julian Assange in all sorts of situations, but I have never ever seen him so unwell and so dangerously thin.”

So they’re just openly brutalizing a journalist for exposing US war crimes, while arguing that they can be trusted to treat him humanely and give him a fair trial if granted extradition. This after it has already been confirmed that the CIA plotted to kidnap and assassinate him during the Trump administration, after we learned that the prosecution relied on false testimony from a convicted child molester and diagnosed sociopath, after it was revealed that the CIA spied on Assange and his lawyers in the Ecuadorian embassy, and after intelligence asset Jeffrey Epstein famously died under highly suspicious circumstances in a US prison cell.

The worst atrocities in history have all been legal. All the worst examples of genocide, slavery, tyranny and bloodshed have been allowed or actively facilitated by the state. The persecution of Assange is geared toward entering the imprisonment of journalists into this category.

The goal is to set a legal precedent which allows journalists who expose the crimes of the powerful to be persecuted not covertly as is normally done in “free democracies”, but right out in the open. To tell journalists “We’ll just throw you in prison if you cross us.”

What makes this precedent uniquely dangerous is that it is not just threatening to imprison American journalists who expose US crimes, but any journalist anywhere in the world. This is an Australian journalist in the process of being extradited from the UK for publishing facts about US war crimes in the nations it has invaded. The aim is to set up a system where anyone in the US-aligned world can be funneled into its prison system for publishing inconvenient facts.

This is the savagery of the western world at its most transparent. It’s not the greatest evil the US-centralized empire has perpetrated; that distinction would certainly be reserved for  its acts of mass military slaughter that it has been inflicting upon our species with impunity for generations. But it’s the most brazen. The most overt. It’s the most powerful part of the most depraved power structure on earth looking us all right in the eyes and telling us exactly what it is.

And if we can really look at this beast and what it is doing right now, really see it with eyes wide open, it reveals far more about those who rule over us than anything any journalist has ever exposed.

Featured image: Wikileaks founder Julian Assange speaks on the balcony of the Embassy of Ecuador in London (AFP Photo)