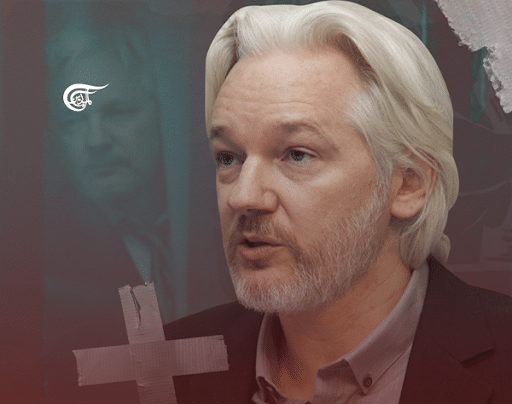 The future of journalism, democracy, and the right for people to know the truth is at stake. None of us are free as long as Julian Assange remains behind bars.

The much-delayed release of the new Bond film ‘No Time to Die’ has seen seemingly endless column inches and television coverage over the past few weeks.

Speculation has been rife over who will replace actor Daniel Craig for the next incarnation of Ian Fleming’s character, as film reviewers gush over his tenure in the role.

But unlike the exploits of the fictional British spook – whose daring escapades see him neutralize evil-doers as he saves the world from oblivion – his real-life counterparts have escaped scrutiny.

This is despite the revelations revealed in an investigative report published by Yahoo News that the CIA plotted to assassinate WikiLeaks founder Julian Assange in London.

They are alleged to have hatched their plan in the White House, with former CIA director Mike Pompeo said to have been the mastermind behind plans to kill Mr. Assange.

Labeling WikiLeaks a “non-hostile intelligence service” in 2017 made its employees and associates legitimate targets for CIA counterintelligence operations, it was suggested.

Many will argue that Mr. Pompeo and former US President Donald Trump would have made the perfect Bond villains, their crackpot plans a match for those of Blofeld or Dr. No.

RELATED CONTENT: What Baraitser Thought About the Plot to Kill or Abduct Assange

A range of possible scenarios was presented for killing Mr. Assange including shootouts on the streets of London, crashing a car into his vehicle, or even shooting the tires off a plane taking him to Russia.

Another plan, according to one intelligence official, was to “break into the embassy, drag [Assange] out and bring him to where we want.”

But, despite the outlandishness of their plans, this was no fictional plot for the silver screen. It was a plan by the rich and powerful to murder a journalist in cold blood on the streets of Britain’s capital city.

According to the Yahoo investigative news report which broke the story, US officials asked their British counterparts to support the plans.

A former senior administration official claimed that the British agreed to help eliminate Mr. Assange – although US sources have denied this.

The British government and intelligence services have remained tight-lipped over the allegations, failing to respond to comment requests to either confirm or deny involvement.

In any case, Mr. Assange remains behind bars in Britain’s maximum-security Belmarsh prison awaiting a hearing on his potential extradition to the US where he faces 175 years in jail under the draconian Espionage Act.

John Rees, the spokesman for the Don’t Extradite Assange campaign group in Britain said that the revelations blew a major hole in the claims that the continued detention of Mr. Assange and the case against him wasn’t political.

“Julian Assange should be free and the people who conspired in this plan should be in the dock,” he told me in London soon after the plot became publicly known.

Mr. Assange is a victim of both the imperialist gangsters that want to silence him for exposing their war crimes and apathy from many on the left who have abandoned him despite his status as Britain’s number one political prisoner.

A plan to conduct an extra-judicial assault on an embassy, the abduction of a foreign national, and his secret rendition to the US – or even worse, execute him – should have provoked outrage.

But the same individuals, human rights groups, and media organizations that were rightly up in arms over the brutal killing of Saudi journalist Jamal Khashoggi in an Istanbul consulate have remained silent.

That was barely a peep from Washington-funded faux human rights organization Amnesty International which steadfastly refuses to give Mr. Assange prisoner of conscience status.

And while British newspapers dedicated some limited space to the Yahoo News story, the BBC only reported the CIA plot on its Somali service.

The deafening silence from the British press however comes as no surprise, with the mainstream media now acting as no more than an adjunct of the state, dutifully covering news in the service of global imperialist interests.

From Palestine to China, from Syria to Nicaragua the western media shamefully skews the news to follow Washington’s agenda and soften up public opinion to make regime change more palatable.

Whereas journalism was once about holding the powerful to account, now it merely amplifies their voices, while those that deviate from the mainstream narrative are pushed to the margins or painted as cranks.

The Guardian famously dropped Mr. Assange after publishing the WikiLeakscables with those like David Leigh, having made a fast buck from a book and a film, quick to turn their back on him.

It has however published a number of columns by the Bureau of Investigative Journalism’s James Ball who it shamelessly deployed as an attack dog to undermine and discredit Mr. Assange.

Mr. Ball has smeared the WikiLeaks founder with crude attempts at character assassination and even blaming him for his own predicament as he was holed up in the Ecuadorian embassy in London.

He has claimed that by publishing unredacted cables Wikileaks had done more harm for internet freedom and whistleblowers than any US crackdown ever could, claiming that they contained the details of activists, politicians, bloggers, and others that would be easily identified.

But, Mr. Assange’s lawyers claim, it was in fact The Guardian that was responsible for the leaking of the details after the 2011 publication of Mr. Leigh’s book, which contained the 58-key password, allowed access to the unredacted documents which then circulated on the internet on other sites.

And the US Army admitted in a court hearing in 2013 that a team of 120 counter-intelligence officers had failed to find a single person in Iraq and Afghanistan who had died because of the disclosures by WikiLeaks.

It is impossible to overstate the impact of WikiLeaks publications in exposing corruption and the sinister way power operates, often with impunity.

Mr. Assange has done more than any other journalist to shine a light on war crimes and his continued persecution is a stain on British and US government claims to stand for freedom and democracy.

It is he that should have been awarded the Nobel Peace Prize, but this highly-politicized honor was instead given to US-approved journalists to hypocritical praise from the same people happy to see Mr. Assange rot in prison.

RELATED CONTENT: CIA Plan to Poison Assange Wasn’t Needed. The US Found a ‘Lawful’ way to Disappear him

The charges against him represent the biggest attack on press freedom and effectively criminalize journalism. But the fact that both Britain and the US allegedly conspired to kill Mr. Assange should mean his extradition is halted immediately.

Britain is quietly hatching plans of its own to extend the Official Secrets Act to essentially reclassify investigative journalism as spying, with sentences of up to 14 years for those dealing with leaked documents.

It is undoubtedly motivated by fears that journalists like Mr. Assange are becoming more skilled in accessing information they want to keep hidden and exposure of their corrupt and criminal acts across the world.

The future of journalism, democracy, and the right for people to know the truth is at stake. None of us are free as long as Julian Assange remains behind bars. We must stand together and raise our voices for his freedom.

Julian Assange faces his next hearing at the High Court in London on October 27 and 28 as the US appeals against a decision not to extradite him.

Supporters will gather outside the court in the Strand from 9 am on the first day of the hearing, while crowds will gather in London in support of a march and rally on both October 16 and October 23.