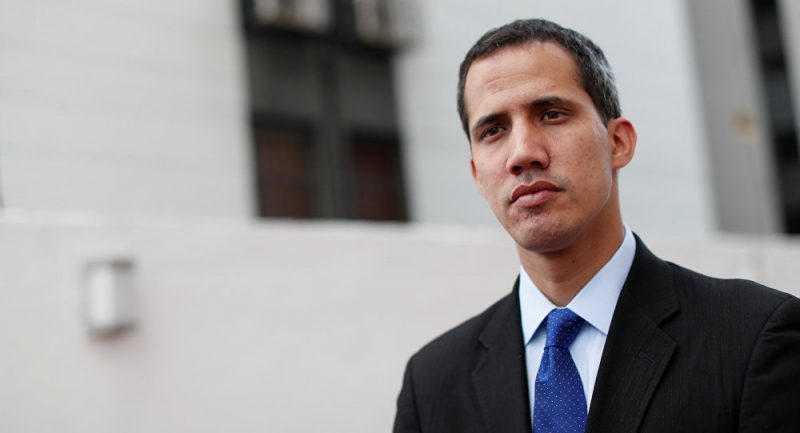 The Governments of Honduras, Guatemala, Costa Rica, Panama, Colombia, Ecuador, Peru, Paraguay, Argentina, Chile and Brazil feel empowered to give lessons on democracy to Venezuela and to recognize Juan Guaidó as president.

The self-proclaimed president obtained 97,492 votes in 2015, in opposition to the nearly six million votes that Nicolás Maduro won in the elections of May 20, 2018.

It is good to analyze the authority of the governments that support Guaidó. All follow the instructions of Donald Trump, a president who was elected in 2016, despite having lost votes to Hillary Clinton by two percentage points. Since then, he has decided to build a wall on the border with Mexico to prevent the entry of immigrants (specially latino), he withdrew from the treaties on climate change, the nuclear treaty with Iran, the agreements to normalize relations with Cuba and threatens to withdraw from the treaty. of limitation of nuclear weapons of medium and low range.
The Colombian Ivan Duque presides over a country with the largest number of internally displaced persons in the world: 7.7 million, according to figures from the United Nations High Commissioner for Refugees (UNHCR). Nearly one million Colombians took refuge in Venezuela. According to the IOM, it is estimated that in the last 50 years of armed conflict 260,000 people have been killed or disappeared and in less than four years more than 400 social leaders have been killed.

One of the arguments against the legitimacy of Maduro is that less than half of the population participated in the elections on May 20, 2018. In those elections, the current president obtained 67% of the votes. But in Chile, Sebastián Piñera won the presidency of his country in 2017 in elections in which 46% of the population participated in the first round and 49% in the second. The current Chilean president won with 57% of the votes.

Juan Orlando Hernández, from Honduras, won the presidency in a dubious election in 2017 with 42.49% against 41% of the opposition Salvador Nasralla, a result that was marked by huge irregularities. The country, which is on the front page of the news for the dramatic departure of immigrants to the United States, has joined the front that does not recognize Maduro.
In 2009, the then constitutional president Manuel Zelaya was removed from his bed in a pajamas and kidnapped to Costa Rica by a military command, with the participation of the United States, for having proposed a popular consultation to hold a constituent assembly.

In Guatemala, President Jimmy Morales is investigated for corruption by the UN International Commission Against Impunity (CICIG) for having received almost a million dollars of dubious origin during the election campaign. The president decided to prevent the head of the entity from entering the country.

Mauricio Macri presides over a country with the worst economic indicators after Venezuela in Latin America. It is in the ‘top ten’ world of the countries with higher inflation along with Venezuela, Sudan, Turkmenistan and Iran, with inflation higher than Angola, Congo, Yemen and Libya – two countries destroyed by the civil war.
It suffered a 100% devaluation in 2018, one of the highest in the world, and it is the only Latin American country, together with Venezuela, whose economy fell in 2018 and will continue to fall in 2019. In addition, it has worsened all the indicators in relation to the Government of his predecessor, Cristina Kirchner.

The vote of Macri is understood by 50,000 reasons: before a very serious economic crisis, it has managed to avoid, for now, the destiny of the Caribbean nation. The secret ?: unlike Venezuela, sanctioned and with its oil revenues, gold and illegally confiscated reserves, the Patagonian country received a saving loan of 50,000 million dollars from the IMF, thanks to the direct management of Macri’s personal friend. his times as a businessman, Donald Trump.

And finally, Jair Bolsonaro, who praised the military dictatorship, attacked the indigenous people, women and minorities in his country, and was elected because the main candidate against whom he competed, former President Luiz Inácio Lula da Silva, was outlawed and in prison after the questioned impeachment of President Dilma Rousseff.

The rope of sanctions to the neck

The executors of Nicolás Maduro throw all the blame for the economic crisis on his Government, but cleanse the responsibility of the United States with the sanctions that have been imposed to hang the country since 2017, that is, from before the elections that now question.   The seizure of at least 7,000 million dollars in the United States, the retention of Venezuelan gold – valued at 1,200 million dollars – by the Bank of England, the retention of 1,650 million dollars by a European banking clearing company, among other element, have sharpened poverty to the limit. They kidnap the money of an independent country, in the name of democracy, and drown the population with the aim of overthrowing their government, at any cost. The damage to Venezuelans due to the embargo is concrete. To give two examples, in 2017 Citibank refused to receive funds for the import of 300,000 doses of insulin and, in October of the same year, the nation was unable to deposit in the Swiss bank UBS the money to buy vaccines through the Pan American Health Organization, altering the vaccination schemes. The long-announced reprisal The economic crisis in Venezuela is particularly acute since the fall in oil prices started in 2014, which was not an autonomous measure of the market, but a general political decision against producing countries such as Russia, Iran and Venezuela. But the plot against Venezuela is explained because the United States wants to put an end to the independence of the country and finally bury the policy of oil sovereignty of the late President Hugo Chávez. After a failed 2002 coup d’etat and the long oil sabotage of 2002-2003, Chávez reversed the famous ‘oil opening’ of previous governments and renegotiated contracts with the large transnational oil companies, imposing PDVSA as main share holder in any joint venture with foreign oil companies. Multinationals such as Exxon Mobil and ConocoPhillips left the country and began international trials. Chávez’s oil sovereignty policy did not reach complete nationalization. On the contrary, British Petroleum, the French Total, Chevron and the Norwegian Statoil continued operating and entered the Russian Rosneft and the Chinese CNPC. Venezuela was also not sanctioned for neglecting its international obligations. In 2017, Maduro acknowledged that the country had paid more than 70,000 million dollars of foreign debt during the previous four years, despite the sanctions. But Washington does not tolerate even the slightest measure of the sovereignty and dignity of the people. That is why now, faced with the weakening of the Venezuelan economy, in the face of the discontent that this crisis, led to unsuspected limits by the sanctions, causes on the population, it has resolved to try what it could not achieve against Chávez in 2002.

Of course, its objective is also to stop the presence of China and Russia in Venezuela because for them Venezuelan oil has an owner: Uncle Sam.

Venezuela has to respond to this blockade. Just as the United States is confiscating the resources to keep Citgo – the Venezuelan company in the United States – in Venezuela there are American companies. The suspension of any payment of the debt is inevitable in these circumstances. Venezuela can also advance in an emergency economic plan with the support of Russia, China, Iran and Turkey, as already proposed by Moscow.
For the first time since the Cuban Revolution, Latin America is once again the scene of one of the main centers of global conflict. The dispute over Venezuela is, basically, the same as in Iran, Syria or Libya: what it does not like is that they are independent countries that do not submit to the orders of Washington and therefore want to dominate them.