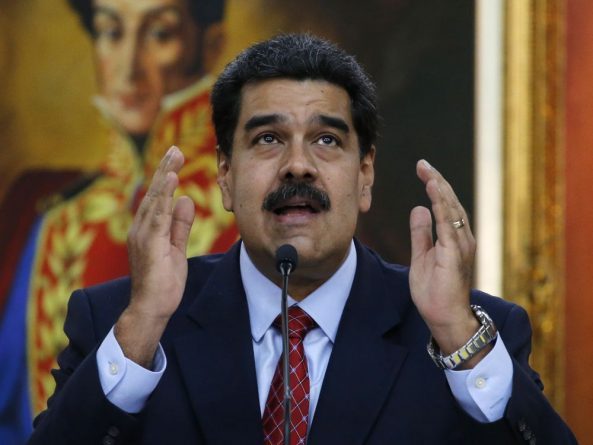 The Canadian Union of Public Employees (CUPE) last week spoke out against Canada’s support for Venezuelan opposition leader Juan Guaido, taking a position opposite that of the Canadian government.

“The Canadian Union of Public Employees (CUPE) rejects any attempt by the Canadian government to interfere with the democratic processes and sovereignty of the Venezuelan people,” the union said in a statement.

CUPE represents over 680,000 employees across Canada.

Maduro began a second presidential term on Jan. 10 following an election that was dismissed as illegitimate by the opposition and by several foreign powers, including Canada, the United States and the European Union.

“Given the history of US involvement in the region, the actions of Guaidó have all the signs of a coup d’Etat. We warn Prime Minister Justin Trudeau against playing any role in bringing about regime change in another country,” the statement continued.

The Canadian government has been vocal about its support of Guaido, who has declared himself interim president and was sworn in on Wednesday as Venezuelans swarmed the streets to protest Maduro’s socialist regime.

UN human rights expert Idriss Jazairy expressed concern in a statement about the sanctions being imposed by the U.S. on Venezuela’s national oil company in an attempt to oust Maduro.

“Coercion, whether military or economic, must never be used to seek a change in government in a sovereign state. The use of sanctions by outside powers to overthrow an elected government is in violation of all norms of international law,” read his statement.

Patrick Iber, a historian and expert on U.S.-Latin relations, states in an op-ed for the New York Times that the United States needs to stay out of Venezuela, as it has a history of interfering in the region.

Iber cited instances during the 20th century, especially during the Cold War, when the United States intervened in the governments of Guatemala, Chile and Brazil in the name of restoring democracy, though in many cases left behind more unrest.

In response to demands by the U.S. that Maduro resign, the Venezuelan leader has attempted to sever diplomatic ties with the U.S. and has ordered American diplomats out of the country within three days.

He called the U.S. an imperialist government, citing past military coups that were backed by the U.S. including Guatemala, Chile and Brazil.

Russian President Vladimir Putin, meanwhile, is backing the Maduro Regime, along with Cuba and China, who have also called on the United States not to interfere in the country’s politics.

On Thursday evening, Prime Minister Justin Trudeau told a crowd at a town hall in Milton Ont., that because Maduro is not accepted as president of Venezuela by Venezuelans, he is therefore “illegitimate.”

Trudeau also added that there is a clause in the Venezuelan constitution which states that in the event the country does not have a president, which he said is currently the case, the leader of the National Assembly must step into the role of interim president and begin declaring “free and fair” elections to continue in the future.

According to an estimate from the United Nations, 5,500 Venezuelans are leaving the country each day. More than a million have ended up in neighbouring Colombia, with another 500,000 in Peru.

Maduro has been in power since 2013, when he succeeded former President Hugo Chavez.