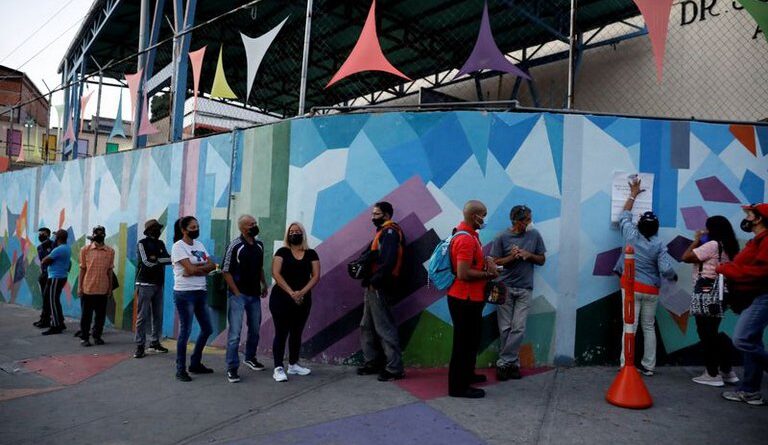 The news out of Venezuela related to the elections is that there is no news. All attempts to attack and delegitimize the process failed and the people of that beleaguered nation once again chose independence and dignity over surrendering to the imperialist gangsterism of the United States and their white supremacist, European colonial allies.

For the first time in four years elements of the political opposition participated in elections that saw nearly 70,000 candidates representing 37 national political parties and 43 regional organizations for 23 governors, 335 mayors, 253 lawmakers, and 2,471 councilors.

Demonstrating once again that it is committed to open, fair, and clean elections, the Consejo National Electoral (CNE), the governmental body responsible for organizing elections in the country, issued credentials to over 300 international observers from 55 countries and institutions such as the European Union (EU), the United Nations (UN), and the Carter Center.

The “Great Patriotic Pole” (GPP), a coalition of parties and social movements organized by the United Socialist Party of Venezuela (PSUV), won overwhelmingly including 20 out of 23 key governorships in the sub-national election.

According to BAP National Organizer Ajamu Baraka, “The support of the Venezuelan people for their process demonstrates once again, like what we just saw in the Nicaraguan elections and the failed revolt in Cuba on the 15th, that the white supremacists do not understand that when a people have tasted freedom, reconnected with their pre-colonial cultural traditions of knowledge production and independence, they become immune to the political, ideological and material attempts to drive them back into subordination.”

RELATED CONTENT: The US has as Much Moral Authority as Saudi Arabia on the Legitimacy of Elections

The elections in Venezuela and Nicaragua, the abandonment of reactionary forces in Cuba by the Cuban people, and the solidarity from progressive forces globally in support of the struggles for national liberation and self-determination in the Americas, represent the upsurge of popular opposition and the growing weakness and fragility of U.S. and European imperialism.

They all forcefully affirm that the colonial realities are being reversed. It is a victory for all oppressed, colonized, and working-class peoples when a people, working to build a new society for themselves freed from the dehumanizing effects of the colonial/capitalist system, are able to withstand the systematic assaults on their democratic process and national sovereignty. BAP stands firmly with all of these attempts and proudly salutes the people of Venezuela.

No compromise, no retreat!