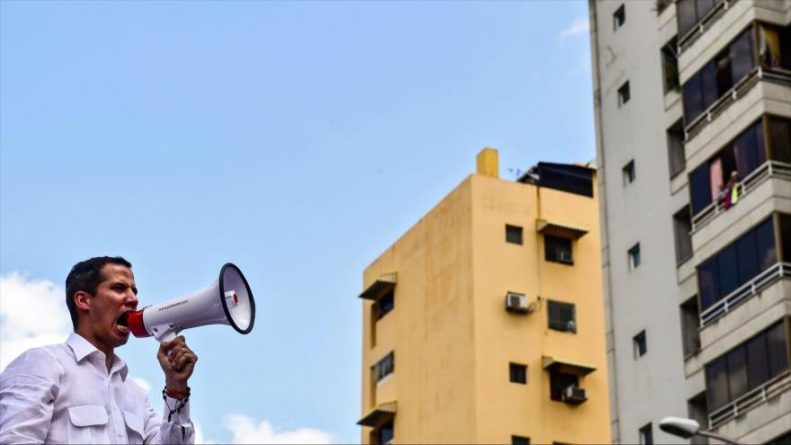 Coup leader, Juan Guaidó, again threatens to resort to a foreign military intervention to overthrow the legitimate Government of Venezuela.

The head of the Venezuelan National Assembly (AN) – controlled by the opposition and in contempt since 2016 – reaffirmed on Saturday his willingness to activate Article 187 of the Constitution of the Bolivarian Republic of Venezuela, with which he would seek to authorize, “when the time arrives”, the entry of foreign forces in the South American country.

In fact, in paragraph 11 of the aforementioned article, the Venezuelan Constitution establishes that among the attributions of the Legislative Power is that of being able to “authorize the use of Venezuelan military missions abroad or foreign forces in the country.”

RELATED CONTENT: Guaido, a Laboratory Product That No Longer Works

Imitating the threatening rhetoric of US President Donald Trump and the White House hawks towards Caracas, Guaidó – self – proclaimed interim president of Venezuela – said that “all options are on the table” against the president Nicholas Muduro’s Chavista Venezuelan government.

This despite the fact that Guaidó is not the president of the Venezuelan Parliament, since the Legislative Power entered, as previously mentioned, into judicial contempt in January 2016. Since then, any act emanating from the AN is considered void by the Supreme Court of Justice (TSJ) of Venezuela. In substitution of the National Assembly, as of 2017 in Venezuela, the National Constituent Assembly (ANC) is in charge of drafting a new Magna Carta.

The opposition deputy in contempt had raised in February the idea of ​​activating article 187 of the Venezuelan Constitution, defending a US military intervention. or another foreign force in Venezuela to overthrow the constitutionally and democratically elected Government of Maduro.

Guaidó’s statements were harshly criticized by many sectors, including the European Union (EU), as well as by different US congressmen, who reminded the opposition leader that he has no power to authorize interventions by the US Army.

The chairman of the Foreign Affairs Committee of the US House of Representatives, Eliot Engel, said in turn, that the US Congress will not authorize a military intervention in Venezuela, as proposed by Guaidó and the tenant of the White House.

The Venezuelan government accuses Guaidó of being an “agent of the Central Intelligence Agency (CIA)” of the United States and “ambassador of Trump”, and states that Washington is using him to perpetrate a coup d’état in the Bolivarian country.