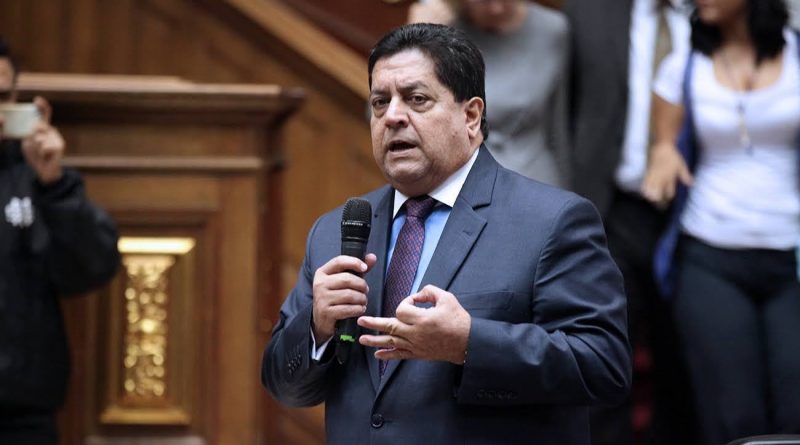 Through social networks several videos were made viral in which one can see how a group of sympathizers of the Venezuelan right attacked the first vice president of the National Assembly (AN) in contempt, Edgar Zambrano, who, in the middle of the national blackout, was having lunch in a luxury restaurant in eastern Caracas.

Several guests, of extreme right-wing tendency, attacked the parliamentarian NOT FOR BEING THERE but for their disagreement with the comments of this deputy rejecting the idea of a foreign military option to generate a change of government in the country.

“Make the call for this goverment to fall”, said one of the attackers in said audiovisual material.

The following day the assaulted deputy excused himself via twitter. According to Zambrano, he would have spent all day touring hospitals to collect data on the effects of the crisis caused by the electrical sabotage perpetrated on the El Guri hydroelectric dam on Thursday, March 7.  In the restaurant La Castañuela, a five stars restaurant located in one of the most expensive areas of Caracas, was where he met with former mayor of Cabimas because, according to him, they needed to “satisfy primary needs.”

During the heated discussion between opponents, several guests – of ultra-rightist tendency – attacked the parliamentarian for expressing their disagreement with his idea that violence should not be used to generate a change of government in Venezuela.