Editorial Comment: Not only is the US manipulating events to place its own operatives in power, it is also laying the foundations for a protracted civil war and the balkanization of Libya to better serve imperial interests, which extend past Libya’s borders, to threaten all of Africa. – A.V.

The United States is following Britain’s example in interfering in Libya’s internal affairs, with the aim of canceling or postponing the elections, for fear of Dr. Saif al-Islam al-Qaddafi’s victory in the presidential elections.

To achieve this goal, the United States is playing an underhanded game, announcing its support for the elections on the one hand, while working to obstruct them on the other. The statements of the Democrat Representative in the US Congress, Ted Deutsch, are evidence, as he said, “The Libyan people overwhelmingly want to choose and have the right to do so in an environment free of violence and intimidation, within a clearly defined legal framework.”

“The Libyan High Electoral Commission has postponed the presidential elections scheduled for December 24 due to a broad agreement to hold elections under the current legal framework that will lead to civil unrest,” Deutsch further commented. “I support the decision to ensure that the elections are free and fair, and I urge all parties to continue in the path of non-violence and dialogue.”

However, here the US deception is exposed, as the Libyan people have rejected the postponement of the elections, and were eagerly waiting for them, as evidenced by the massive demonstrations that took place in the streets of various Libyan cities after the elections were suspended.

“I acknowledge and appreciate the engagement of senior US officials, including Special Envoy and Ambassador Richard Norland, along with UN Special Adviser Stephanie Williams, Libyan officials, civil society and members of the international community,” added Ted Deutch.

Regarding that, observers confirmed that the United States had already intervened through its agents in Libya to postpone the elections, and through UN Adviser on Libya Stephanie Williams, whom many describe as the real ruler of Libya today. According to some political observers, these US efforts to obstruct the elections are directed against Dr. Saif Al-Islam Qaddafi’s candidacy, especially with the international community certain that he would win the elections if they were conducted fairly and freely.

This is proved by a statement from the regional spokesman for the US State Department, Samuel Warberg, last November on Saif al-Islam Qaddafi’s candidacy for the presidency, who asserted that “it is difficult to imagine his presence in any future Libyan government, and the matter will present a challenge to the international community.”

“This is not a position of the United States only, but of the entire international community,” Warberg added.

There was further confirmation of US pressures when a member of the Libyan House of Representatives, Ibrahim Al-Darsi Al-Ani, revealed that Stephanie Williams had instructed the House on the necessity of postponing the elections for fear of the victory of Saif al-Islam Qaddafi. 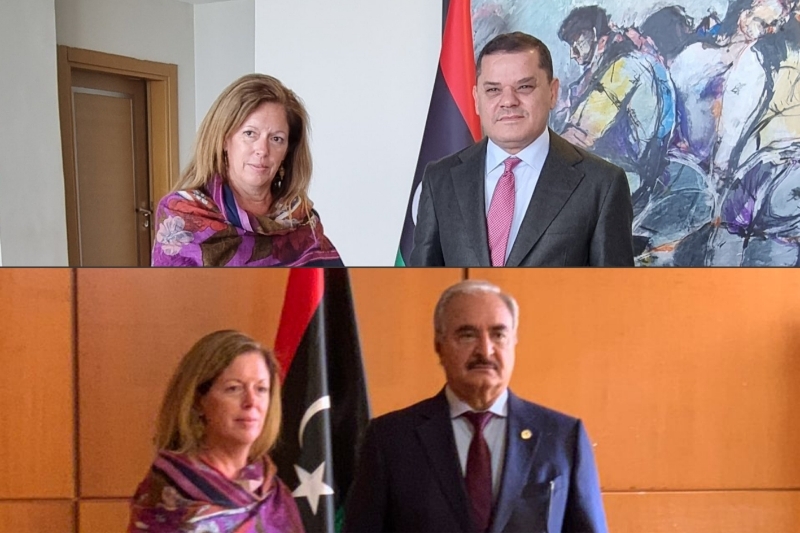 Africa Intelligence revealed a plot devised by the Adviser on Libya to the Secretary-General of the United Nations, Stephanie Williams, allowing Khalifa Haftar to enter the presidential race, as well as Abdel Hamid al-Dabaiba, while excluding Dr. Saif al-Islam Qaddafi.

All these statements prove the fear of the US that Dr. Saif Al-Islam Qaddafi will win in Libya and assume the reins of the country’s leadership, because then the Western powers that have sacked Libya over the last decade will no longer be able to impose their control on the country and plunder its wealth. They are also aware of Saif’s ability to achieve national reconciliation, which they do not want, as in that scenario they would no longer be able to exploit the divisions among the Libyan people. Hence, their goal is to provide and maintain opportunities for their clients and traitors.