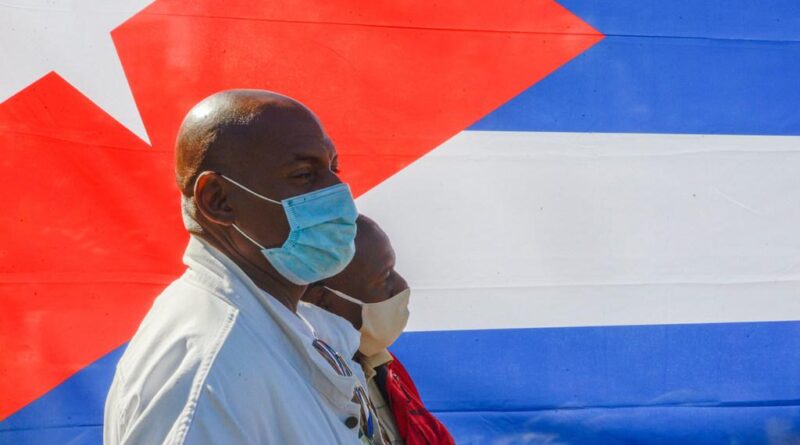 It is often said that “the true measure of any society can be found in how it treats its most vulnerable members,” a quote attributed to Mahatma Gandhi. Nothing has brought that measure to the forefront like the two years of the Coronavirus pandemic.

In an unusual circumstance, a catastrophe borne by all simultaneously tests every country’s healthcare system, every country’s ability to respond effectively to an unexpected challenge.

The Coronavirus punishes those countries that lack a commitment to preparedness, execution, and relief. It inflicts great pain on those societies that tolerate or encourage inequality. It ravages the populations that stress individualism or individual responsibility over collectivism and social responsibility.

The bastion of private solutions, “efficiency,” and individual responsibility– the US– wins the failed-approach-with-the-most-deadly-consequences competition hands down, besting all countries in late, insufficient, and botched response.

Conventional wisdom among the television gasbags was that the US catastrophe was the fault of the arrogant, ignorant President Trump. But now with another year of record-setting infections and deaths under the Biden Administration, that explanation falls away. The problem is systemic, though no one in the US political industry will acknowledge that it is inherent to the US healthcare model.

The facts are incontrovertible: On Thursday, December 30 Worldometer confirmed US infections totaled 572,029 for the day– a new record– and 1584 deaths on the same day. More infections occurred in the US than any other country for that day and for the duration of the pandemic to date (55,252,823). More deaths (846,189) have been reported in the US due to Covid than any other country. Happy New Year!

Far more deaths have happened from the Covid infection than combat deaths in all the wars fought by the US since 1775. This singular “achievement” has been accomplished in only two years. There are no cries of “USA, USA!”, as were in other cases of US pride.

Other countries that follow the US model showed similar “victories” in the Covid wars. Poland, a US ally engaging a similar employer-based, private insurance system, incurred 14,319 new cases and 710 deaths on December 30. Another country, Colombia, a US ally incorporating private insurance and individual responsibility in its healthcare system, has amassed 5,147,039 total cases and 129,901 deaths.

Compare these numbers to countries that have a robust public health sector, with a focus on identification, isolation, contact tracing, and selective, but thorough lockdowns. Unlike the US and its allies who rely upon individual responsibility, some countries have robust public health systems and a deep-seated identification with and duty to others.

All share a reliance upon a public healthcare approach, renouncing a dependence solely on vaccines and individual choices. They all approach the terror of Covid as a social issue not to be solved by private, profit-driven solutions and a state leaving the key decisions to individuals and their own self-interest. Instead, they call on the people’s highest values– cooperation.

Heroic Cuba has mounted a national campaign against Covid, despite the barbarous blockade and scarce resources, developing its own domestically developed vaccines and offering them to other countries.

While these approaches embody what might be called “socialist values,” they need not be limited to socialist-oriented countries, as Japan and Taiwan demonstrate. An effective war against Covid can be waged by countries that embrace a healthcare system that cleanses private profit from the task of protecting public health and ensuring equal, universal benefits.

In other words, an effective approach to Covid can be reached as a reform under capitalism, but not without a radical shift in the political landscape away from the notion that the private sector has all of the answers. Only lacking is the political will.

Yet there are compelling reasons to go further than healthcare reform. The pharmaceutical industry has a stranglehold over the efforts to win the war against Covid. Pfizer and Moderna have made over $35 billion in vaccine sales for the first nine months of 2021 and are projected to sell more than $52 billion in 2022, according to The Wall Street Journal. The same article, documents the “high stakes legal battle [that] is taking shape over lucrative patent rights for Covid-19 vaccines, with drug companies pitted against each other and government and academic scientists over who invented what.”

As is typical with drug research, public institutions and scientists research, develop, often do everything short of manufacture and market new drugs, while big pharma acquires patents or licenses to sell. “Patents are especially valuable in the pharmaceutical industry because they can give a company the exclusive right to sell a drug or vaccine for many years, free from generic competition.” Academic and government scientists sell licenses for a pittance and pharmaceuticals exercise the monopoly price-gouging all too familiar to anyone utilizing the US healthcare system.

In the matter of the Covid vaccine development, the role of government scientists and the National Institute of Health is being disputed by the drug companies. One expert claims that with the dispute, “tens of billions of dollars are on the line.” In a separate case, “Moderna could be on the hook to pay more than $1 billion to the government for infringing the patent.”

At a time when people are asked to risk their lives, to sacrifice in the battle against Covid, big pharma is carving the vaccine’s destiny to fit its profit model, extracting the last dollars from the vaccine’s development process, denying its partner, the US government, even a token.

As reported by Common Dreams, a group of Texas researchers have pointed the way ahead by developing and offering an open-source alternative to the corporate vaccines. “We’re not trying to make money,” Peter Hotez, who led the Texas Children’s Hospital team, told The Washington Post. “We just want to see people get vaccinated.” Implicit in his statement is a ringing indictment of the big pharma approach.

With US politicians clearly unwilling to rein in or reform the rapacious, big-donor pharmaceutical industry, it is time the people insist that it be nationalized. Since it cannot be tamed, it must be euthanized. Public ownership!