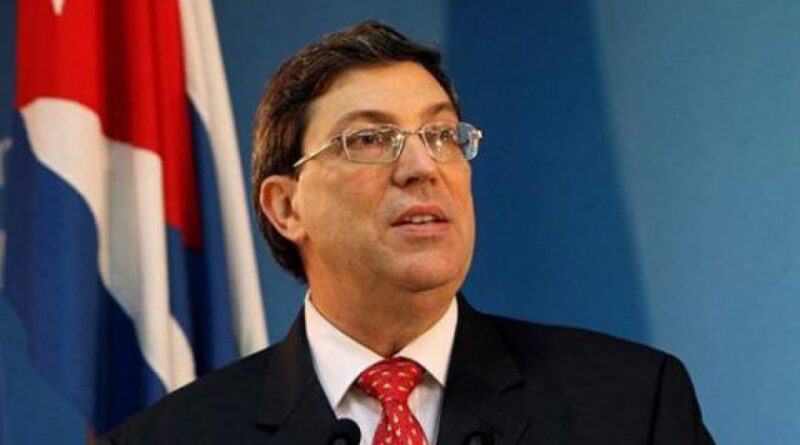 Casual observers have remarked that this region is chronically unstable, but the reality is that all of its unrest can in one way or another be traced back to the US.

The Caribbean has recently captivated the world’s attention as a result of dramatic developments in Haiti and Cuba. The first-mentioned saw its president assassinated last week by a squad of mostly Latin American mercenaries while the second is experiencing unexpected protests in response to the socio-economic consequences of the COVID-19 pandemic. Casual observers have remarked that this region is chronically unstable, but the reality is that all of its unrest can in one way or another be traced back to the US.

Regarding Haiti, the ongoing investigation has revealed that Haitian-born Florida resident Christian Emmanuel Sanon is connected to Haitian President Jovenel Moise’s assassination. According to reports, he ordered mercenaries to arrest the country’s leader, but for some reason they ended up killing him, even allegedly torturing him before his death too. Apparently, Sanon wanted to replace him as the Haitian leader. In addition, some of the suspects were reportedly DEA informants and others were even trained by the US military.

It deserves mentioning that Haiti has been unstable for quite a while even before last week’s assassination. Some observers blame its systemic problems on the lasting legacy of French colonialism and US neo-imperialism, the latter of which manifests itself through exploitative so-called philanthropic groups and hyper-capitalist exploiters. Haiti was the first majority-black country to break free from colonialism and could have set a shining example for the rest of the world had it not been sabotaged for roughly the past two centuries.

RELATED CONTENT: The Bay of Tweets: Documents Point to US Hand in Cuba Protests

As for Cuba, Foreign Minister Bruno Rodriguez accused US mercenaries of being behind the latest protests. He claimed that they’re trying to foment a Color Revolution in order to finally fulfill the US’ decades-long dream of regime change in the communist country. President Miguel Diaz-Canel also blamed the US, and specifically its unilateral and therefore internationally illegal sanctions regime. In addition, he called on patriotic forces to hit the streets for peaceful rallies in support of their country’s revolutionary principles.

What’s especially concerning about the Cuban case is how quickly some in the US called for an invasion of the island nation. The mayor of Miami, which hosts a huge Cuban diaspora population of mostly anti-communist individuals, demanded that troops be dispatched there. Florida Senator Marco Rubio, who’s of Cuban descent, threw his full support behind the anti-government movement too. US President Joe Biden did so as well, though he provoked former US President Donald Trump’s criticism for supposedly not being tough enough.

The recent unrest in Haiti and Cuba is partly driven by objectively existing domestic reasons due to their deteriorating socio-economic conditions brought about by the consequences of the COVID-19 pandemic, but every country in the world is experiencing such difficulties at the moment. What’s unique about their present problems is the connection that they have to the US, particularly Florida where many anti-government members of the diaspora reside. These communities play a leading role agitating for regime change back home.

At best, the US government turns a blind eye to their activities, including internationally illegal ones such as some people allegedly participating in the conspiracy to assassinate the former Haitian President. That would mean that the country can’t control what goes on in its own borders despite such activities constituting a regional threat. It would also be naive, however, since it’s well known that the US government cooperates with anti-government members of the regional diaspora to influence political processes in their homelands.

It can’t be known for sure at this time whether such is the case when it comes to Haiti, but it almost certainly is for Cuba, with historical precedent testifying to that end. The US’ illegal sanctions regime against Cuba, not the country’s communist party, is most directly responsible for holding back the island nation’s development. When it comes to Haiti, the US failed to rebuild the country after its devastating 2010 earthquake. The best way for the US to help its Caribbean neighbors is to simply stop meddling in their affairs, whether directly or indirectly.

It doesn’t seem likely that this will ever happen though since the US’ unipolar hegemonic instincts prevent it from thinking rationally and prioritizing other people’s development. All that it cares about is money and power in perfect accordance with its capitalist motivations. Furthermore, the recent US-connected Caribbean unrest also serves important partisan purposes at home considering the fact that Florida – where many of their anti-government diaspora reside – is always a battleground state during presidential elections.

The Democrats and Republicans alike therefore have self-interested political motives for continuing to fan the flames in both countries, even if only with irresponsible rhetoric, so as to appeal to Haitian and Cuban voters in that state. This means that observers shouldn’t expect the US to restrain itself. To the contrary, the US government as a whole as well as the two parties that constitute its ruling duopoly wrongly believe that they have everything to gain by continuing to meddle in those countries, which bodes negatively for their futures.