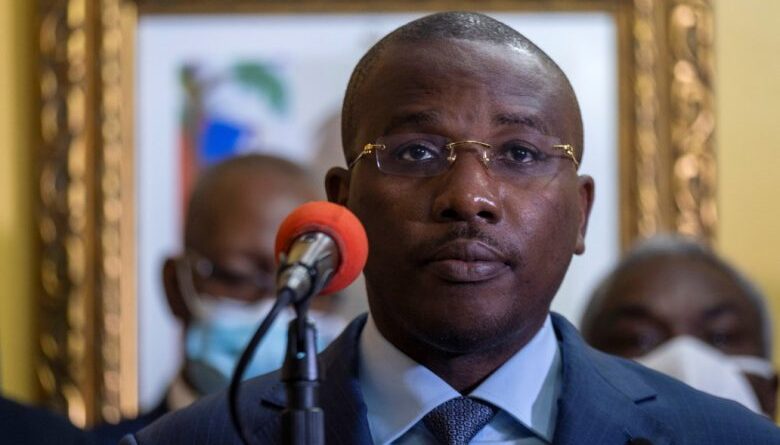 Claude Joseph, the interim prime minister who has led the Haitian government since the assassination of Jovenel Moïse last Wednesday, July 7, will resign from his post, Joseph himself confirmed to The Washington Post.

Joseph, who has been ruling the country with the backing of the police and military since the assassination, said he will step aside “for the good of the nation.”

“Everyone who knows me knows that I am not interested in this battle, or in any kind of power grab,” said the official, who is also Minister of Foreign Affairs.

The resignation of Joseph will end a dispute between him and Ariel Henry, the 71-year-old neurosurgeon who was appointed prime minister by Moïse two days before the assassination.

Previously, Joseph had argued that Henry, who is also Minister of the Interior, had no right to take over the Haitian administration since he had not taken office before Moïse’s assassination, despite the fact that his appointment was published in the official gazette prior to Moïse’s assassination.

Ariel Henry had served as a minister between 2015 and 2016 in the government of Michel Martelly, the pop star who became president of Haiti with the support and help of Hillary Clinton. Henry also served on the so-called Council of the Wise, the unconstitutional body imposed by foreign powers to rule Haiti after President Jean-Bertrand Aristide was abducted by US Marines in February 2004.

The news of Joseph’s resignation was also confirmed by Mathias Pierre, the minister in charge of elections for Haiti.

“I can confirm that Prime Minister Claude will resign… in favor of Ariel Henry,” wrote Pierre in a text message quoted by The New York Times.

According to the local Haitian news website Le Nouvelliste, which cited a source close to Henry, the formation of the new government would take place this Tuesday, July 20. In addition, it indicated that Joseph will maintain the position of minister of foreign affairs.

“There will be no president of the Republic. The mission of this new government will be to organize the general elections as soon as possible,” said the source, without mentioning if the controversial referendum called by Moïse to extend his tenure is still scheduled.

“Support” from the US and its allies for Henry
On Sunday night, Henry published a recorded speech in which he reiterated his demand to assume the post of prime minister, once again pointing to his appointment by Moïse.

The day before, there was a statement from several ambassadors and representatives of international organizations based in Haiti (called the Core Group) in support of Henry and calling for the formation of “a consensual and inclusive government.” The Core Group is an external interventionist force that is viewed as the de facto rulers of Haiti from behind the scenes, responsible in part for the chaotic rule of Jovenel Moïse.

The Core group’s statement confirmed that “it strongly encourages the designated Prime Minister Ariel Henry to continue the mission entrusted to him to form such a government.” The statement was signed by the members of the Core Group: the ambassadors of Germany, Brazil, Canada, Spain, the United States, France and the European Union, and representatives of the United Nations (UN) and the Organization of American States (OAS). This Core Group initially backed Claude Joseph’s move of proclaiming himself acting prime minister despite the fact that Ariel Henry had already been appointed to the position.

In addition, members of the Haitian Senate, which lacks legal quorum because of political irregularities permitted by the same Core Group, had voted earlier to make the body’s president, Joseph Lambert, Haiti’s acting president. According to The Washington Post, the “international community” (a euphemism for the US and its lackeys) has largely ignored Lambert’s diplomatic attempt.

In an interview Monday, Lambert said the US Embassy in Port-au-Prince asked him on Saturday to stand down from a planned swearing-in ceremony until there was more political “clarity” in the country, but he still considered himself the president of Haiti, providing more clear evidence of who really controls the Antillean nation.