The U.K.’s imprisonment of Julian Assange sets an example for “authoritarian regimes” (quotations from Orinoco Tribune) to follow in their treatment of dissidents worldwide, writes Craig Murray.

We are now just one week away from the end of Julian Assange’s uniquely lengthy imprisonment for bail violation. He will receive parole from the rest of that sentence, but will continue to be imprisoned on remand awaiting his hearing on extradition to the U.S. – a process which could last several years.

At that point, all the excuses for Assange’s imprisonment which so-called leftists and liberals in the U.K.  have hidden behind will evaporate. There are no charges and no active investigation in Sweden, where the “evidence” disintegrated at the first whiff of critical scrutiny. He is no longer imprisoned for “jumping bail.” The sole reason for his incarceration will be the publishing of the Afghan and Iraq war logs leaked by Chelsea Manning, with their evidence of wrongdoing and multiple war crimes.

In imprisoning Assange for bail violation, the U.K. was in clear defiance of the judgement of the UN Working Group on arbitrary Detention, which stated:

Under international law, pre-trial detention must be only imposed in limited instances. Detention during investigations must be even more limited, especially in the absence of any charge. The Swedish investigations have been closed for over 18 months now, and the only ground remaining for Mr. Assange’s continued deprivation of liberty is a bail violation in the U.K., which is, objectively, a minor offense that cannot post facto justify the more than 6 years confinement that he has been subjected to since he sought asylum in the Embassy of Ecuador. Mr. Assange should be able to exercise his right to freedom of movement in an unhindered manner, in accordance with the human rights conventions the U.K. has ratified. 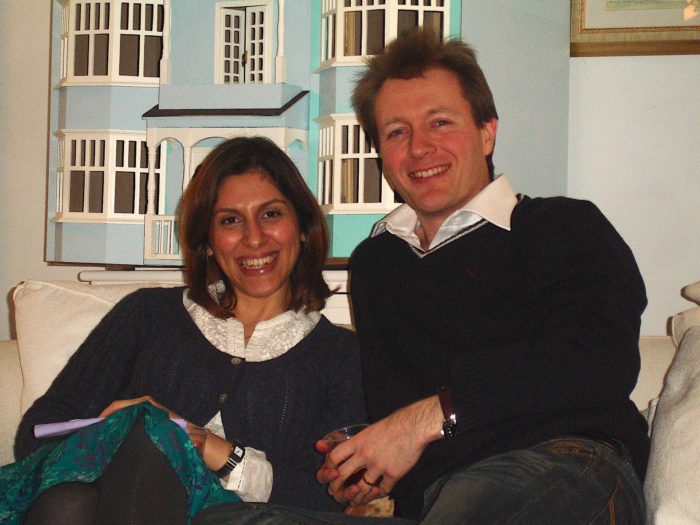 In repudiating the UNWGAD the U.K.  has undermined an important pillar of international law, and one it had always supported in hundreds of other decisions. The mainstream media has entirely failed to note that the UNWGAD called for the release of Nazanin Zaghari-Ratcliffe, a British-Irian dual citizen detained in Iran. Zaghari-Ratcliffe might have been a source of potentially valuable international pressure on Iran, but the U.K.  has made her case worthless by its own refusal to comply with the UN over the Assange case. Iran simply replies “if you do not respect the UNWGAD then why should we?”

It is in fact a key indication of media/government collusion that the British media, which reports regularly at every pretext on the Zaghari-Ratcliffe case to further its anti-Iranian government agenda, failed to report at all the UNWGAD call for her release – because of the desire to deny the UN body credibility in the case of Julian Assange.

In applying for political asylum, Assange was entering a different and higher legal process which is an internationally recognized right. A very high percentage of dissident political prisoners worldwide are imprisoned on ostensibly unrelated criminal charges with which the authorities fit them up. Many a dissident has been given asylum in these circumstances. Assange did not go into hiding – his whereabouts were extremely well known. The simple characterization of this as “absconding” by district judge Vanessa Baraitser is a farce of justice – and like the U.K.’s repudiation of the UNWGAD report, is an attitude that authoritarian regimes will be delighted to repeat towards dissidents worldwide.

Her decision to commit Assange to continuing jail pending his extradition hearing was excessively cruel given the serious health problems he has encountered in Belmarsh.

Assange has been imprisoned throughout the period of “these proceedings” and has certainly not absconded. The government and media have an interest in conflating “these proceedings” with the previous risible allegations from Sweden and the subsequent conviction for bail violation, but we need to untangle this malicious conflation. We have to make plain that Assange is now held for publishing and only for publishing. That a judge should conflate them is disgusting. Vanessa Baraitser is a disgrace.

Assange has been demonized by the media as a dangerous, insanitary and crazed criminal, which could not be further from the truth. It is worth reminding ourselves that Assange has never been convicted of anything but missing police bail.

So now we have a right-wing government in the U.K. with scant concern for democracy, and in particular we have the most far right extremist as home secretary of modern times. Assange is now, plainly and without argument, a political prisoner. He is not in jail for bail-jumping. He is not in jail for sexual allegations. He is in jail for publishing official secrets, and for nothing else. The U.K. now has the world’s most famous political prisoner, and there are no rational grounds to deny that fact. Who will take a stand against authoritarianism and for the freedom to publish?