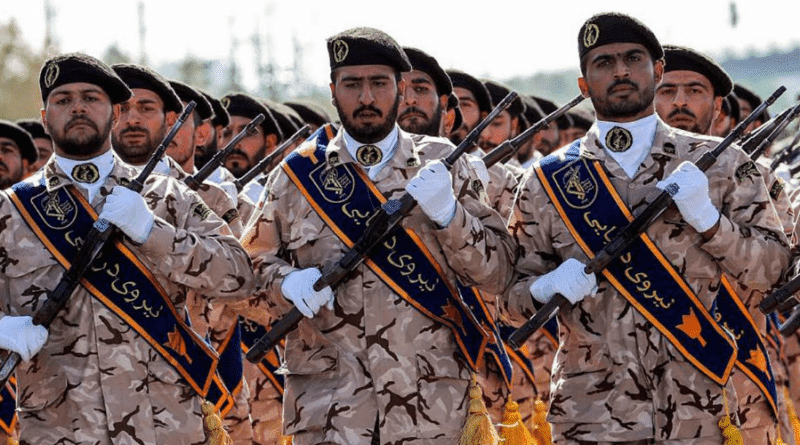 The assertions being repeated today seem based on apparently groundless claims from twelve years ago by the same people who said Iraq possessed weapons, weapons programs, and weapons systems that were such a grave threat that they ignited the U.S.-Iraq war.

The skepticism expressed by some leading Democrats and the mainstream media regarding the U.S. assassination of Iranian General Qasem Soleimani has been refreshing, after decades of bipartisan support for disastrous U.S. policies in the region.

However, the claim that Soleimani and the Iranian government are somehow responsible for the deaths of “hundreds of Americans” in Iraq—which has been repeated by leading Democrats and the mainstream media—appears to be groundless.

There have not been significant U.S. casualties in Iraq since around 2007, when charges of Iranian involvement in attacks against U.S. forces first surfaced. Virtually all attacks against U.S. forces since the 2003 invasion had come from Baathist, Sunni, and other anti-Iranian groups. Of the more than 10,000 suspected insurgents arrested in U.S. counter-insurgency sweeps prior to the first U.S. withdrawal in 2011, the relatively few foreigners among them were Arabs, not Iranians.

The National Intelligence Estimate on Iraq, compiled by America’s sixteen intelligence agencies and issued in February 2007, downplayed Iran’s role in Iraq’s violence and instability. Yet it was at this point that the George W. Bush Administration began making the case that Iran had become the principal foreign threat to U.S. forces in Iraq.

The Bush Administration’s case was based primarily on assertions that bomb fragments, such as those displayed by U.S. military officials in a press conference in Baghdad on February 11 of that year, were of Iranian origin. But they never showed any proof making this linkage.

U.S. officials originally claimed to have documents, computer files, confessions by captured Iranians, and evidence that Iranian officials were caught with explosives. None of this was ever made public, however, raising doubts as to whether such evidence even existed in the first place.

They then insisted that Iran was responsible for the increased sophistication over the past several months of what are known as “improvised explosive devices” (IEDs), which were being used by Iraqi insurgents against U.S. and Iraqi military convoys. But the increased sophistication is not necessarily a result of outside aid. In virtually every conflict, particularly those involving irregular warfare, each side constantly seeks to improve the accuracy and lethality of its weapons in the course of the struggle.

Of particular concern to U.S. officials were the alleged increase in attacks by IEDs using “explosively formed projectiles” (EFPs), which U.S. officials claimed had killed 170 U.S. and allied soldiers.

While the Bush Administration insisted the machine-tooling was so sophisticated it could only have been manufactured in Iran, British government scientists found that the devices could have simply been “turned on a lathe by craftsmen trained in the manufacture of munitions” and were not that different than munitions manufactured elsewhere.

The pre-invasion Iraqi army and the munitions industry that supported it certainly possessed enough resident technical expertise to produce the material that the insurgents are using. Indeed, it is rather bizarre that the same U.S. administration that insisted just four years earlier that Iraq was technologically advanced enough to produce long-range missiles and was on the verge of developing an atomic bomb would then be incapable of developing an effective roadside bomb without direct support from its neighbor Iran.

Furthermore, so many metal tubes and explosives were stolen from Iraqi army stockpiles during the chaos following the 2003 U.S. invasion, the insurgents presumably possessed enough material to manufacture their own IEDs for decades. And even if the pieces of weaponry displayed by U.S. military officials came from Iran, there is a huge black market in various explosive devices in Iraq. So it would not be surprising to find components from any number of countries, including those of recent manufacture.

Even the chairman of the Joint Chiefs of Staff, Marine General Peter Pace, admitted that there was no proof that the Iranian government was supplying Iraqi insurgents with the lethal weaponry. The British government withdrew similar charges they made in 2005, and the Iraqi government has also denied U.S. accusations of an Iranian connection.

“The claim that Soleimani and the Iranian government are somehow responsible for the deaths of “hundreds of Americans” in Iraq appears to be groundless.”

In short, the assertions being repeated today seem based on apparently groundless claims from twelve years ago by the same people who said Iraq possessed weapons, weapons programs, and weapons systems that were such a grave threat that they ignited the U.S.-Iraq war. It was this invasion, of course, that led to the rise of pro-Iranian sectarian parties and militia and the resulting Iranian influence in that Arab country.

Segments of the Iranian government and religious hierarchy certainly have been providing training, arms, as well as financial and logistical support to Iraqi Shia political groups and their militias. Soleimani was a key figure in that effort. They were highly effective, if sometimes ruthless, fighters in the war against ISIS, often in conjunction with U.S. forces.

In addition, some of these militias directed death squads against the Sunni Arab community in Iraq during the height of the country’s sectarian violence between 2006 and 2008. More recently, the militias have been targeting pro-democracy anti-corruption protesters. The proxies are brutal and it’s not surprising that so many Iraqis want the Iranians out.

However, these Shia parties are part of Iraq’s elected coalition government and the militia are state-sanctioned, making them technically part of the Iraqi armed forces. And it’s more than ironic for the United States to insist that Iran has no right to interfere in the internal affairs of their next-door neighbor that the United States invaded, occupied, engaged in a bloody counter-insurgency war, and, where nearly seventeen years later, it continues to station thousands of troops.

Rather than recognizing that Iran is simply seeking to take advantage from the dramatic U.S.-instigated changes in the political and strategic situation on their western flank (as would any regional power in a comparable situation), Bush—and now Trump, with the backing of many Democrats—has tried to depict Iran’s role as something far more sinister: yet another front of “the war on terrorism,” making an aggressive U.S. response a matter of “self-defense.”

Although Iranian policy has certainly contributed to the suffering of the Iraqi people, it pales in comparison to the damage inflicted upon that country by the United States. And, if those in Washington, D.C., really want to protect American soldiers from pro-Iranian militia, they simply need to do what the Iraqis and a lot of others have been demanding: Get them out of Iraq. Now.

Stephen Zunes is a Professor of Politics and International Studies at the University of San Francisco, where he serves as coordinator of the program in Middle Eastern Studies. Recognized as one the country’s leading scholars of U.S. Middle East policy and of strategic nonviolent action, Professor Zunes serves as a senior policy analyst for the Foreign Policy in Focus project of the Institute for Policy Studies, an associate editor of Peace Review, a contributing editor of Tikkun, and co-chair of the academic advisory committee for the International Center on Nonviolent Conflict.

Featured image: Members of Iran’s Revolutionary Guards Corps (IRGC) march during the annual military parade marking the anniversary of the outbreak of the devastating 1980-1988 war with Saddam Hussein’s Iraq, in the capital Tehran on September 22, 2018. (Photo: STR / AFP /Getty Images)