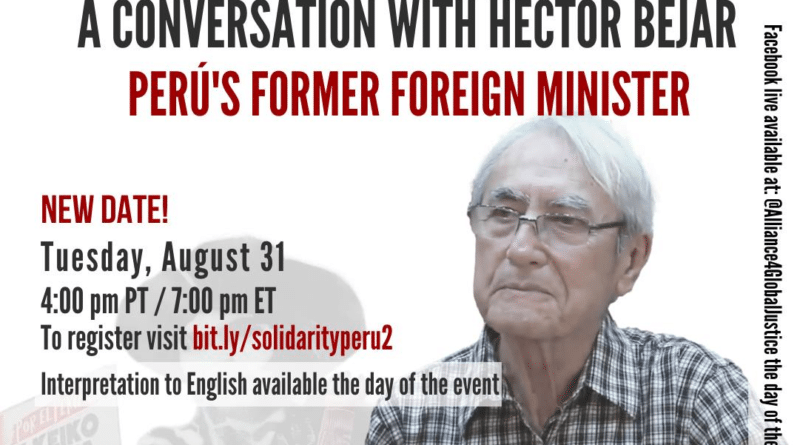 Héctor Béjar, former guerrilla fighter and President Pedro Castillo’s former Minister of Foreign Affairs of Peru will be the guess  on the Venezuela/ALBA-TCP webinar series sponsored by the Alliance for Global Justice (AFGJ) along with the Alberto Lovera Bolivarian Circle of New York, led by Williams Camacaro.

His resignation as Peru’s foreign minister is undoubtedly the first and hardest blow against the current government of President Castillo and the process of change that the president is trying to promote. Bejar was the most important member in Castillo’s entire cabinet, the one with the greatest ideological formation and with deep knowledge of Peru. 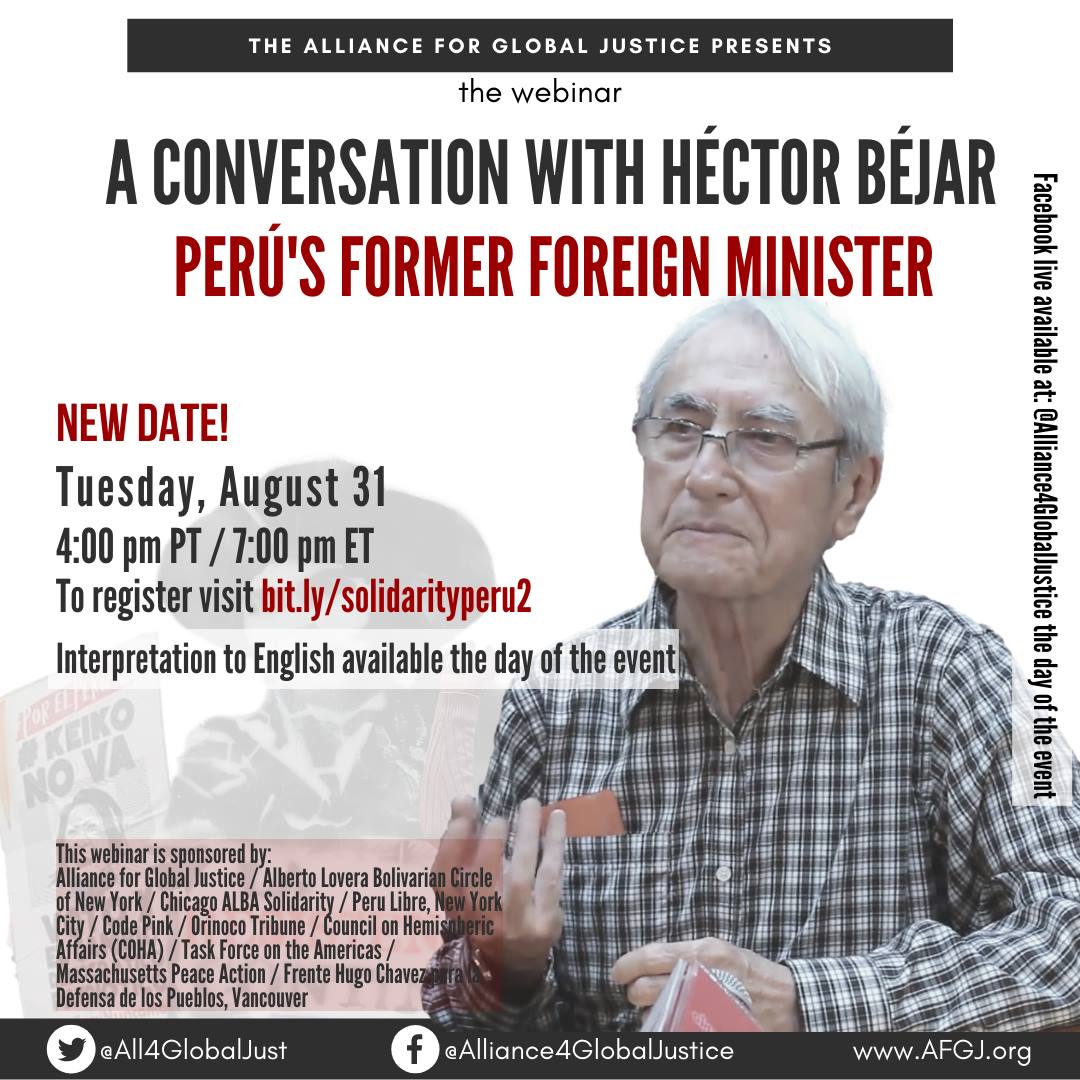 This webinar will be in Spanish language with English translation within the Zoom platform. It will also be broadcasted to Facebook through the Alliance for Global Justice FB page.

• What does his sudden exit from Pedro Castillo’s cabinet mean?

• What does the appointment of a new ultra-right wing chancellor mean?

• What will be the future of Peru’s foreign relations?

• Where the new government of Pedro Castillo is heading?