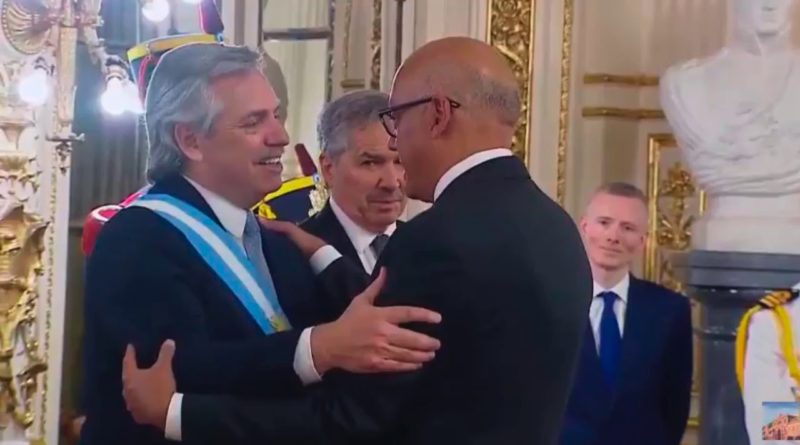 Mauricio Claver-Carone, special envoy of US president, Donald Trump, for the inauguration of Alberto Fernández in Argentina, left the country upset by the presence in the ceremony of Venezuelan Vice-President of Communications and Tourism of Nicolás Maduro and of the former president of Ecuador, Rafael Correa.

Thus, after his early departure, Claver-Corone did not attend Tuesday’s inauguration ceremony in Congress and several interviews he had arranged for Wednesday with both Fernández and Foreign Minister Felipe Solá, among others.

The imperial anger came when the US representative noticed the presence of Venezuelan Communication Minister Jorge Rodríguez representing President Nicloas Maduro, who was also invited to Fernández’s inaugural, as well as Ecuadorian former president Rafael Correa, in addition to confirming the plans of the new Argentine administration to give asylum protection to Evo Morales, who currently remains in Cuba for medical reasons.

“Unfortunately, due to some invitations and some surprises we received upon arrival, I decided not to go and leave early. I will not have the work meetings I had scheduled for tomorrow,” Claver-Carone told Clarín.

Below you can see videos of the formal reception of both representatives at the beginning of the inauguration ceremony.