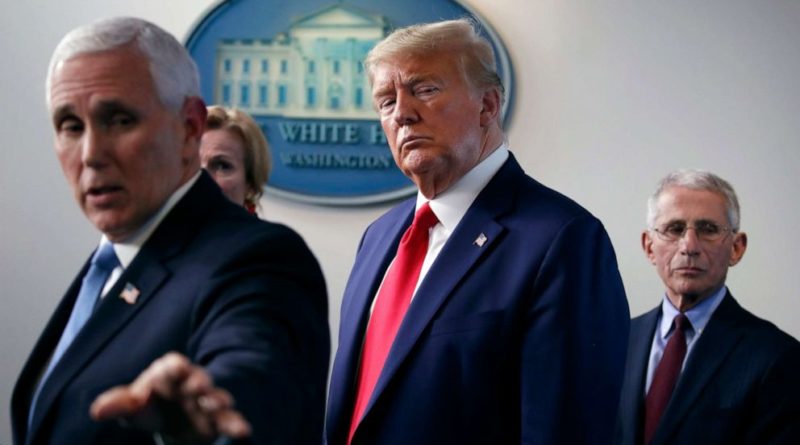 In a column for the Washington Post, “Never Trumper” conservative Jennifer Rubin points out that Donald Trump’s approval numbers are undergoing a precipitous collapse — and for good reason.

According to Rubin, who has become one of Trump’s most vocal critics, the president has done nothing but sow “chaos” since he began hijacking what were supposed to be White House task force press conferences on the COVID-19 health crisis and used them to air his personal grievances while undercutting advice from his health advisers.

“President Trump earlier this week insisted that governors report to him and he has ‘total’ control. Neither is true. And while it is true that there is a complex, difficult task for the federal government to perform in reactivating the economy — ramping up testing and contact tracing — Trump and his administration of sycophants are entirely incapable of performing it. Hence, he talks big, as he has done throughout his career, and delivers pathetically little, also a feature of his career,” she wrote before adding that the president’s abrasiveness and fumbling of the facts are taking a toll on his approval numbers — as evidenced by his poll numbers.

RELATED CONTENT: US Threatens to Arrest President Maduro Immediately if he Steps on US Soil

“No wonder Trump’s approval numbers are dropping while those of Congress and governors are soaring. In the latest Gallup poll, Trump’s overall approval rating dropped six points, the ‘sharpest drop Gallup has recorded for the Trump presidency so far,’” she wrote before adding, “In another danger sign for his reelection prospects, “Thirty percent of Americans are satisfied with the way things are going in the U.S., marking a 12-point drop since the prior reading in early March. A monthly drop this large has only been recorded twice in the past two decades.’”

Stating the obvious, Rubin explained, “Voters increasingly understand that Trump was delinquent in his response,” before citing another poll that states: “Nearly two-thirds of Americans (65%) say Trump was too slow to take major steps to address the threat to the United States when cases of the disease were first reported in other countries.”

“Despite, or maybe because of, his manic performances at news conferences, voters finally seem to be grasping the reality of the covid-19 threat, understand our current predicament is, in part, a result of Trump’s slothful response and denial and look to those capable of action — Congress and governors — to bring us through the crisis,” she concluded.

You can read more here.