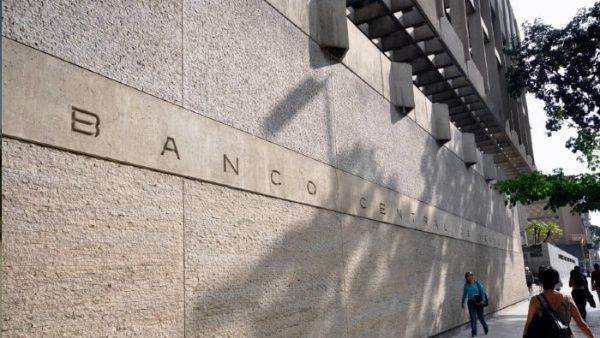 US sanctions deprive Venezuela of its own funds to fight Covid-19.

This Thursday Venezuelan Central Bank (BCV) denounced the US and a group of deputies opposed to the government of Nicolás Maduro for stripping it of an unspecified amount of money that was transferred from a BCV account in Citibank to a US Federal Reserve account.

This Wednesday, the opposition majority Parliament approved the transaction of those funds. The fact, in the BCV’s opinion, is an “unlawful order issued by the US Treasury.”

RELATED CONTENT: US Threatens to Arrest President Maduro Immediately if he Steps on US Soil

The agency added that with it, a vulgar dispossession of financial resources belonging to the Venezuelan monetary authority is being made through the misappropriation of the patrimony whose sole owner is the Venezuelan State.

Thus, the Central Bank asserts that the US regime and the Venezuelan opposition seek “to fraudulently seize the assets and resources belonging to the Venezuelan people and together make up multi-factor aggression to cause suffering to the people of Venezuela.”

Furthermore, the entity considers that these actions constitute serious crimes of organized transnational crime. In this regard, it announced that it will exercise all the actions that may be taken against the government of Donald Trump and “extremist deputies of the Venezuelan right.”

The Venezuelan Parliament, led by the opposition Juan Guaidó, authorized the movement of these financial resources. Some local media speculate that the amount is 342 million dollars and comes from operations related to Venezuelan gold reserves.

Featured image: The funds of the Central Bank of Venezuela were locked in the North American Citibank. | Photo: BCV