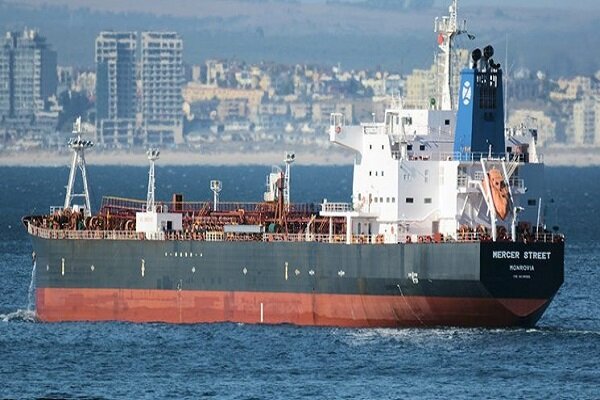 The Iranian Ambassador to the UK Mohsen Baharvand, in an interview with Financial Times, criticized the UK’s recent accusations against the Islamic Republic over a strike on the ship Mercer Street, stressing that escalation “doesn’t help anybody.”

Baharvand was summoned to the British Foreign, Commonwealth and Development Office on Monday. In reaction to the summoning Iran’s ambassador, Iran’s foreign ministry summoned the British Chargé d’Affaires to lodge an official protest against the Foreign Secretary Dominic Raab’s allegations of Iran.

Criticizing the UK accusation against Iran, Baharvand added that the dispute should not damage relations between the two countries or derail talks with the UK and other nations designed to revive the nuclear deal Tehran signed with world powers.

“We understand one of the UK’s citizens has lost their life and that is for everybody a regrettable act, but that doesn’t mean you can place the blame immediately on one country. You have to investigate the case, you have to have evidence,” Baharvand said. “We are not for escalating—escalation doesn’t help anybody.”

A Briton and a Romanian were killed when at least one drone struck the MV Mercer Street, which is managed by Israeli-owned Zodiac Maritime, while it was off the coast of Oman.

Romania, in a coordinated action with the Zionist regime, the United States and Britain, also summoned Tehran’s ambassador to Bucharest and made accusations against Iran.

The US and the Israeli regime have also blamed Iran. Tehran has rejected any involvement.

In a statement earlier on Monday, the Iranian foreign ministry spokesman strongly rejected the accusations leveled by the UK Foreign Secretary Dominic Raab against Tehran as paradoxical, provocative, and baseless.

Referring to the Zionist attempt to sabotage Iranian nuclear talks in Vienna to revive the JCPOA [the The Joint Comprehensive Plan of Action], Baharvand said that the nuclear deal was a “very special case” with its own process and the talks on the accord “should not be affected by anything.”

He said that the talks, held in Vienna, had made “very good progress.” However, he added three key requests by Iran: a guarantee that the US could not unilaterally abandon the deal in the future, for sanctions to be lifted, and for the talks to not be linked to Iran’s missile program or its regional policies.

Baharvand suggested that Israel, which is vehemently opposed to the nuclear deal, was stoking tensions in the region.

The envoy said the Israeli regime has attacked 11 Iranian merchant vessels this year. “If you are worried about the trade [and] shipping you have to see what is happening there,” he said. “Israel is nervous about the JCPOA [the nuclear deal]. They are nervous about the power of Iran.”

Featured image: TEHRAN, Aug. 03 (MNA) – Criticizing the recent accusation of London against Iran for involvement in an attack on a ship in the Sea of Oman, the Iranian ambassador to the UK said that an escalation “doesn’t help anybody”.