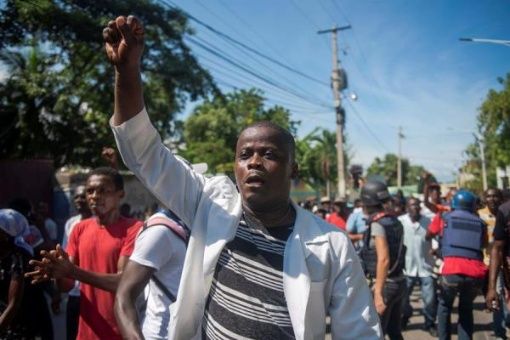 During the protests unleashed in Haiti for seven weeks, there have been 42 deaths, most of them due to gun shots.

Some 42 people died and another 86 were injured during the protests of the last seven weeks in Haiti, the United Nations Office for Human Rights reported.

Official spokeswoman Marta Hurtado said that 19 of the fatalities were due to the action of the security forces. The UN official warned that most of the victims had gunshot wounds.

In addition, Hurtado said that among the deceased there is a journalist, while nine of the total injured are also professionals who covered the anti-government protests.

In her speech, the spokeswoman said that the international organization is “deeply concerned” about the situation in the Caribbean nation, the scene of strong mobilizations against the Administration of Jovenel Moise.

RELATED CONTENT: Positive Signs that the Tide is Turning towards Humanity in Latin America

Hurtado recommended that authorities and parties in conflict take “measures to reach peaceful solutions to the many claims that have led Haitians to go out.”

Meanwhile, Moise refuses to leave power and insists on calling for a dialogue, which is rejected by the opposition and the population, who consider him unable to solve the nation’s problems.