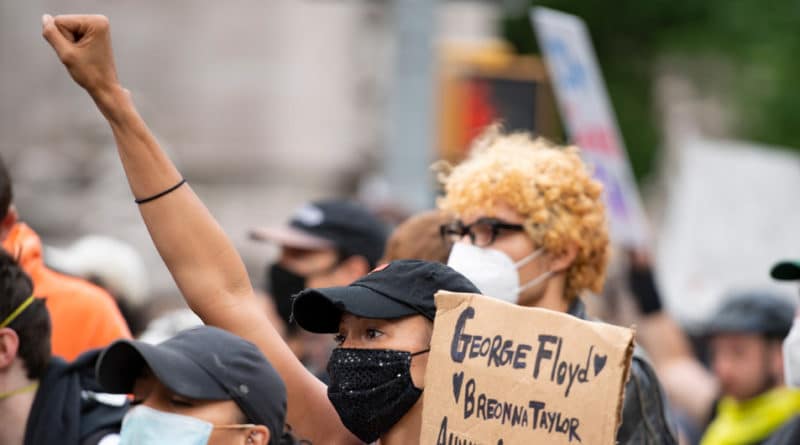 The United Nations Human Rights Council adopted a resolution Friday that strongly condemns the continued racially and violently discriminatory practices perpetrated by law enforcement agencies against Africans and people of African descent without referring directly to the United States, according to the Xinhua news agency.

The resolution, adopted by consensus in the 47-member UN body, also lamented the recent incidents of excessive use of force and other human rights violations by law enforcement officers against peaceful protesters — in the United States — defending the rights of Africans and people of African descent.

The resolution was adopted after the death of US citizen George Floyd in Minneapolis, Minnesota, on May 25. The 46-year-old African-American man died during an arrest after a white police officer pressed Floyd’s neck with his knee for about nine minutes.

Protests in response to Floyd’s death, and more broadly to police violence, spread across the United States and in other European countries with high racial tensions.

UN independent experts voice ‘profound concern’ over US Government accusations of ‘domestic terrorism’
In another human rights developments concerning the fallout from protests over George Floyd’s death in the US, UN independent experts on Friday expressed “profound concern” over a recent statement by the US Attorney-General describing the so-called Antifa movement and other anti-fascist activists as “domestic terrorists”, saying it undermines the rights to freedom of expression and of peaceful assembly in the country.

“It is regrettable that the United States has chosen to respond to the protests in a manner that undermines these fundamental rights.”

Following nationwide demonstrations that began after police in Minneapolis killed African American George Floyd, US Attorney General William Barr warned that alleged violence carried out by Antifa and other movements “is domestic terrorism and will be treated accordingly”, noted the press release issued by the UN human rights office.