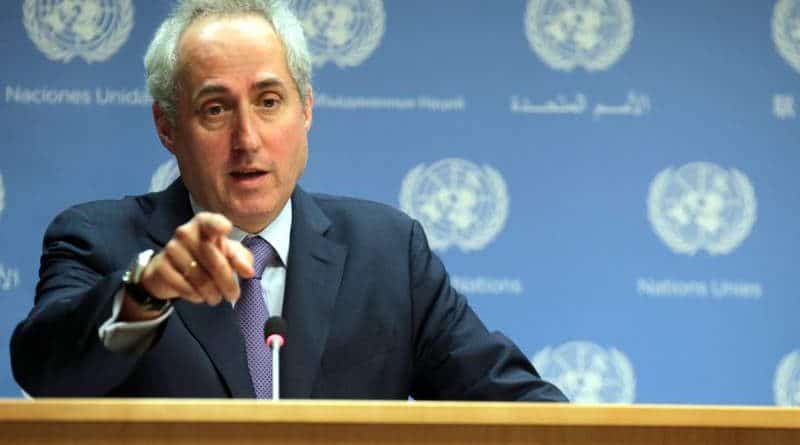 The spokesman for the Secretary General of the United Nations (UN), Stéphane Dujarric, reiterated on Tuesday his support for the dialogue between the Bolivarian Government and the opposition in Venezuela, and expects that commitments will be made between the parties, said international news agencies.

Dujarric referred especially to the talks held in Oslo, Norway, between the delegates attending the Venezuelan Executive and the deputy Juan Guaidó, as leader of the opposition. On these approaches, he emphasized that they are positive and that they must be maintained in order to find a solution.

“Negotiations are the only way to find a peaceful solution to the situation in that South American country,” Dujarric stressed at his usual press conference, the Prensa Latina news agency reported on its website.

That is also the position defended by the Group for the Defense of Peace and the Principles of the UN Charter, composed of more than sixty countries that belong to the multilateral organization.

In addition, the group seeks to confront positions of interference in the internal affairs of Venezuela, such as that of the Lima Group and the United States.

The aforementioned group tries to safeguard the independence and sovereignty of nations and rejects interference.

It also opposes aggression against the country and against any people, as well as the politicization of humanitarian affairs and aid of any kind.

The more than sixty States of the UN consider that the economic blockade imposed by the United States on Venezuela is affecting mainly the population, the most vulnerable.

In February 2019, at a press conference similar to Tuesday, the spokesman of the UN secretary said that in situations such as Venezuela, which he described as “stalemate”, political negotiations are necessary to find a solution that leads to a sustainable peace for Venezuelans. Three months later he insists on dialogue to create effective solutions.