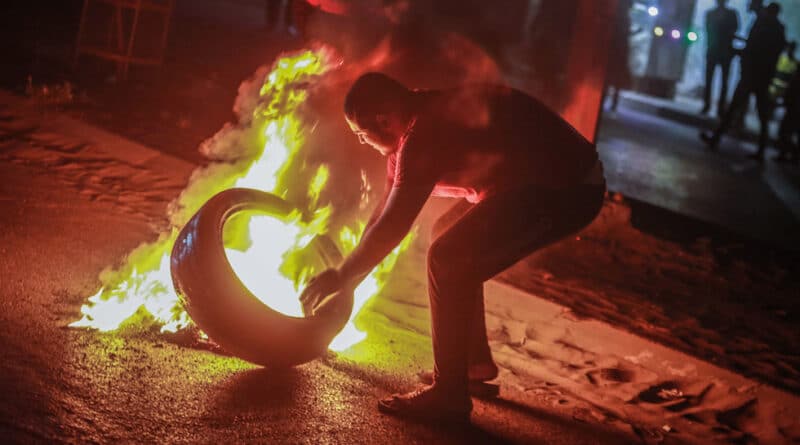 The United Nations has warned that Israel’s actions in East Jerusalem “may amount to war crimes” after the Jewish state sought to engage in forced evictions within the annexed section of the occupied Palestinian territory.

In comments to reporters in Geneva on Friday, the spokesman for the UN high commissioner for human rights, Rupert Colville, urged Israel to “call off all forced evictions” within East Jerusalem amid ongoing violent clashes as Israeli authorities push to evict Palestinian families from the area.

“We wish to emphasise that East Jerusalem remains part of the occupied Palestinian territory, in which international humanitarian law applies,” Colville said. He also warned that moving civilians from an occupied territory is a criminal offense under international law and “may amount to war crimes.”

RELATED CONTENT: ‘It is a Nakba’: Campaign to Save Sheikh Jarrah Builds Momentum as Forced Displacement Looms

A number of Israel’s allies, including France, Germany, and the UK, have this week called on the country to cease building settlements in the occupied West Bank.

A joint statement from the European countries on Thursday said that, if their plea to Israel was ignored, “the decision to advance settlements in Har Homa, between East Jerusalem and Bethlehem, will cause further damage to the prospects for a viable Palestinian State.”

The situation in East Jerusalem has been particularly tense recently, with clashes between Israeli police and people supporting Palestinian families who are at risk of being evicted from the Sheikh Jarrah area.

Riot officers were deployed, using water cannons and tear gas on the crowd as an Israeli high court judge considers whether to overrule a move to evict the Palestinians and grant them the right to stay in their homes.

However, if the court allows the eviction to proceed, six families face the threat of swift removal, and seven more could be forced out by August, with a total of around 60 people affected first-hand in total.